Stefanelli took on AIK in a split league lead

Nicolas Stefanelli won the match against IFK Norrköping. He scored the only goal of the match (1-0) - and AIK goes up to a shared first place in the Allsvenskan. 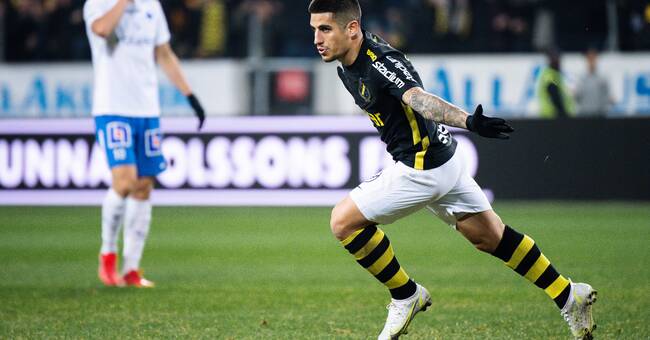 What an important goal he scored, Nicolas Stefanelli.

The full match against IFK Norrköping which gave AIK three points in the gold battle means that the team is second, on the same points as the league leader Djurgården.

He stood right when the ball came to him in the penalty area in the 24th minute and he rolled in the winning goal behind IFK Norrköping's goalkeeper Oscar Jansson.

- I waited for the ball or if there would be a return, it was simple, says Nicolas Stefanelli to discovery +.

Swapped goal chances with each other

At the end of the first half, Christoffer Nyman had a great position in front of goal, which the AIK goalkeeper Kristoffer Nordfeldt made a party save on.

The sequence after, Nabil Bahoui had a similar situation to extend AIK's lead to 2-0, but then IFK goalkeeper Jansson stood in the way.

The team exchanged goal chances with each other in the second half and the away team did not lack chances to equalize.

Christoffer Nyman had, among other things, a nod close outside after just over a quarter of an hour.

AIK held close behind and took three important points in a battle for the Swedish Championship gold.

- We are strong at home.

We take the lead and we are stable, says Sebastian Larsson to discovery +.

Six rounds remain of the Allsvenskan.

Four teams that drive rock hard to hang on.