Not a cause for concern: why rentals of Russian couples at the stage of the Grand Prix in the USA should not be viewed under a magnifying glass

Evgenia Tarasova and Vladimir Morozov won the first stage of the Grand Prix in Figure Skating in the United States. With small mistakes in the free program, they passed the second Japanese Riku Miuru and Ryuichi Kihara. The third place was taken by the Russians Alexandra Boykova and Dmitry Kozlovsky, who made more significant mistakes. RT explains why you shouldn't worry about the top favorites of the Olympic season not showing perfect skates. 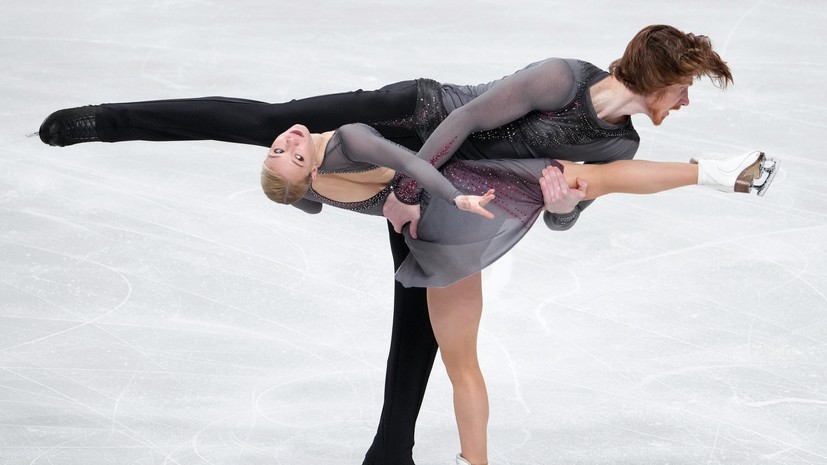 Having won gold in the first stage of the Skate America Grand Prix, Evgenia Tarasova and Vladimir Morozov won their first major victory in the Olympic season.

The reigning European champions Alexandra Boykova - Dmitry Kozlovsky finished the tournament with the third result, 16.97 behind the champions and 2.67 behind the pair Riku Miura - Ryuichi Kihara.

If there is anything to be considered a sensation in this scenario, it is the result of a Japanese duo.

For all those who are not too fanatically interested in figure skating, the appearance of the Japanese among the strongest couples in the world is a kind of nonsense that does not fit well with the traditions of pair skating in general.

Although there is nothing unnatural here.

Miura and Kihara are quite typical representatives of the Canadian pair skating school created by Richard Gaultier (the current coaches of the pair Bruno Marcotte, Megan Duhamel and choreographer Julie Marcotte came out just from under the wing of this specialist), with quite a lot of experience in international performances (albeit with others partners). In addition, this season they have already to some extent rehearsed their appearance in the big world - they won the Autumn Classic International tournament with a personal record. And in Las Vegas this record was surpassed by 4 points.

The victory of the two-time European champions can be called sensational to an even lesser extent: the performance in Las Vegas became for Tarasova and Morozov already the fifth in the season, the pair is clearly gaining momentum, although it has not yet reached the level of the highest personal achievements. The Saturday (and Sunday, Moscow time) rental of the Grand Prix turned out to be imperfect for Evgenia and Vladimir: first, the partner doubled the salchow, and then a small mistake happened to the partner in the second jump combination. By and large, these shortcomings did not matter, since the couple completed their main task at the tournament: they won the maximum number of points in the fight to reach the final.

As for Boykova and Kozlovsky, a not very successful start also fits into the framework of the acceptable. Firstly, this is the first start-presentation of new programs for Sasha and Dmitry: due to problems with obtaining American visas, the skaters were forced to miss the planned start of Series B in Finland. Secondly, in the free part, Boykova and Kozlovsky went to the maximum and still experimental jumping difficulty, including a combination with two triple salchows in the program. And the fact that they did not cope with this task (Sasha also fell from the blowout, earning a total of two penalty points) can be considered a working moment, no more.

But if you take this point of view as a basis, the question involuntarily arises: at what point in the season should you start worrying that not everything is going the way you want? On the one hand, for figure skaters of such a scale as Boykova - Kozlovsky or Tarasova - Morozov (virtually, of course, world champions Anastasia Mishina - Alexander Gallyamov should be included in this list), the Olympic year is a season of one start. Everything else is just a rehearsal, a test of strength, strategies and nervous systems. On the other hand, we all intuitively expect only perfect skates from the strongest. Therefore, we get upset when it does not work out.

A similar process of experimenting with programs and elements was observed in Las Vegas even with the three-time world champion in single skating, Nathan Chen. The American has set himself this season a daunting task from a psychological point of view - to perform the short program in almost the same form as four years ago at the Games in Pyeongchang. And to the same music.

For those who do not remember, I will refresh the facts: at the OI-2018, Chen was left without a cascade with the planned quadruple lutz, without a quadruple sheepskin coat and without a triple axel. He took the 17th place in the end, and even the free free one won with an advantage of ten points over the great Yuzuru Hanyu did not help the American to rise above the fifth place at those Games. In the next four years, Chen won three world championships, but the memory of Pyeongchang remained a gaping wound. And hardly anyone could have imagined that Nathan would heal psychological trauma in such a radical way - forcing himself to mentally go through that experienced horror.

So far, it has not been possible to pass: in the short program of Las Vegas, Chen thwarted both quadruple jumps and remained fifth. There was a chance to fix everything in the free program, but the task did not work out. The skater declared six quads, coped with four and remained third in the overall standings, breaking off the unbeaten run of performances that had been running since 2018 - from the World Championships in Milan.

Should we panic about this? Absolutely not. As Rafael Harutyunyan philosophically remarked on this score, under whose leadership Nathan has been skating since childhood, firstly, there is a lot of time ahead for all kinds of decisions (including replacing the program, if necessary), and, secondly, it is still unclear which in this situation is more - pluses or minuses. After all, anyway, any interrupted series of victories, although frustrating, but at the same time frees the athlete from a very serious psychological burden.

What does Chen have to do with it, you ask? Despite the fact that the American, and Tarasov - Morozov, and Boykov - Kozlovsky, are clearly united by the same desire: to end the season in the status of the strongest. It is clear that their rivals may have their own intentions in this regard (like, for example, Vincent Zhou, who brilliantly won the men's tournament in Las Vegas), but now one thing can be said: the first stage of the Grand Prix is ​​just a starting point for both winners and losers.

Now Tarasov and Morozov will face a rather difficult stage in Tokyo (November 12-14), where the skaters will have to clash with the reigning world champions Mishina - Gallyamov, and Boykova - Kozlovsky will have an excellent opportunity to improve their standings at the stage in Grenoble (November 19-21) with much less intense competition.

And not to say that the positions of the Russian couples who opened the Grand Prix season in Las Vegas look overly vulnerable.