Mourinho and Spalletti expelled in the summit

The Serie A meeting between Roma and Napoli became a goalless story. Then both the team's coaches lost their temper and were each awarded a red card. The match between Inter-Juventus also ended with a cross, after a late penalty goal by Turinlaget. 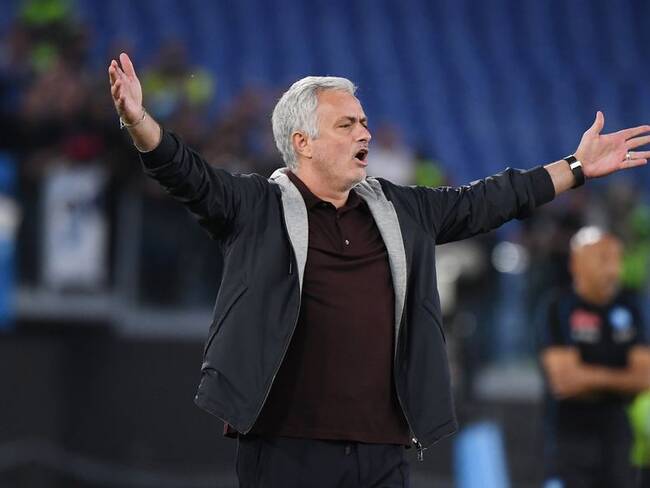 José Mourinho has a tough week behind him.

On Thursday, his Roma went on a 1-6 blow away against Norwegian Bodø / Glimt in the Conference League group game and the Portuguese really rebuilt the eleven before the meeting with Napoli.

Several of those who played from the start in Norway were not even allowed to be on the bench in the Italian summit.

Sent up to the stands

But the changes did not have the desired effect and the limping game in the second half became too much for Mourinho who took out his anger on the referee before he got his second yellow card and was sent up to the stands.

In extra time, Napoli coach Luciano Spalletti also got angry and was given a direct red card.

The Italian capital team parks in fourth place in the Serie A table.

Inter looked for a long time to go towards the victory at home against Juventus.

The lead goal came 16 minutes into the first half when Hakan Calhanoglu first slammed away a shot into the crossbar and the team's Bosnian striker Edin Dzeko then stayed ahead on the return to 1-0.

But in the final stages of the match, Juventus got a penalty after Inter's Denzel Dumfries was high up with a kick on Alex Sandro in the penalty area.

Paulo Dybala took care of it and saved points for the away team with a safe wide side and the match ended 1-1.