Nicknamed the little prince of motorcycles, Fabio Quartararo has just been 22 years of age to be crowned king of MotoGP, becoming the first French world champion in the premier category of motorcycle speed. 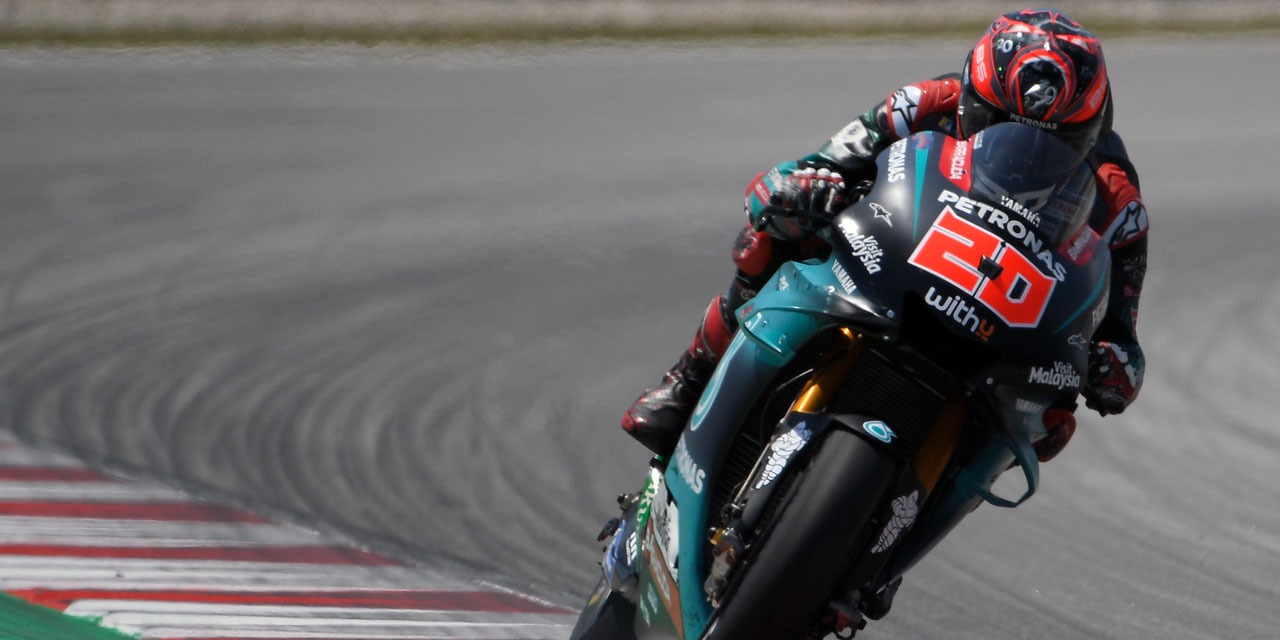 Nicknamed the little prince of motorcycles, Fabio Quartararo has just been 22 years of age to be crowned king of MotoGP, becoming the first French world champion in the premier category of motorcycle speed.

Fabio Quartararo (Yamaha), 22, offered France its first world champion title in the premier motorcycle speed category, MotoGP, at the end of the Emilia-Romagna GP on Sunday.

The retirement on the fall of his last rival, the Italian Francesco Bagnaia (Ducati), guarantees him to have enough lead at the top of the drivers' standings to crown the crown at the end of the two rounds remaining in the 2021 calendar. victory in the race goes to Marc Marquez (Honda), who also benefits from the fall of Bagnaia with 4 laps to go, while he was leading in front of the Spaniard after taking the start from pole position.

Thanks to the French riders Quartararo and Zarco, MotoGP hopes to excite the French

A consecration for his third season in MotoGP

His teammate and compatriot Pol Espargaro and the Italian Enea Bastianini (Ducati-Avintia) completed the podium, ahead of Quartararo, who started from 15th place on the grid, and Johann Zarco (Ducati-Pramac). This Grand Prix was also the last of the Italian icon Valentino Rossi (Yamaha-SRT), 10th, in front of his home crowd, before retiring at the end of the year. For Quartararo, the consecration comes during his third season in MotoGP, the first with the Yamaha factory team, after two years with the Yamaha-SRT satellite team. Out of 16 GP contested in 2021, he won 10 podiums, including 5 victories, and 5 pole positions.

Before winning in 2020 the first French victory in the category since that of Régis Laconi in Valence in 1999. The last two rounds of the season will take the pilots to the Algarve (Portugal) on November 7 and to Valence (Spain) on the 14).