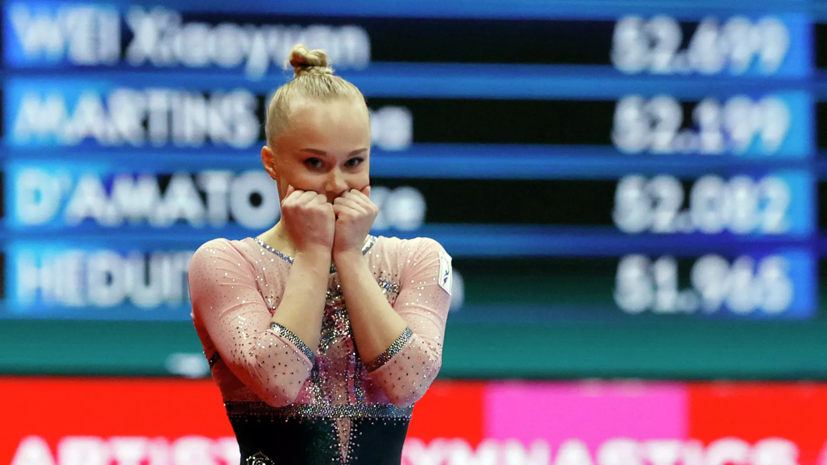 The gold of the world championship was won by the Japanese Mai Murakami, who received 14.066 points.

The third is the representative of the United States Leanne Wong (13,833).

Recall that at the World Championships, Melnikova won gold in the individual all-around and bronze in the vault.

Earlier, Melnikova became the seventh in exercises on the balance beam at the World Cup in Japan.