Malmö loses in the gold battle - crossed against Varberg

First Chelsea. Then Varberg. Malmö is having a tough time both in the European big game and in the domestic league right now. In tonight's away meeting with extremely strong Varberg at home, it was "only" one point for the Scanians after a swinging event that ended 1-1. 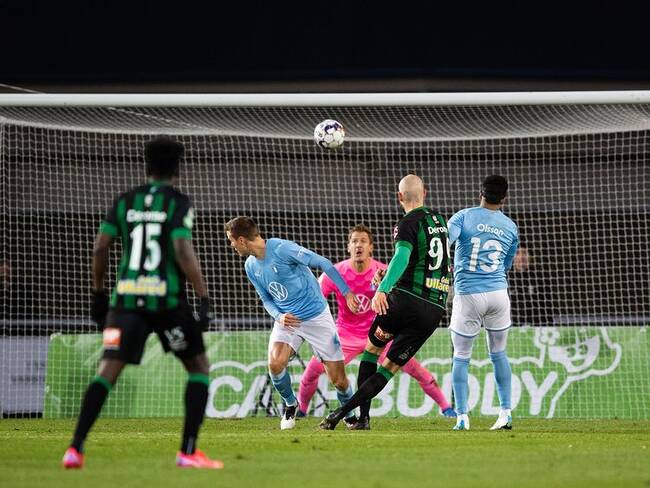 Let's start with Varberg's dream goal half an hour into the first half.

- I immediately felt when it went off that it would sit in the net, so super nice to see it go in, were Simovic's own words to Discovery + about the party meeting.

The equalizer came just before half time when the 23-year-old winger hit a hard distance shot into the net.

An important goal for Birmancevic personally, who has been in something of a slump after the breakthrough in the MFF shirt this summer.

But there were no more goals than that.

Both teams had their chances, including a shot in the post by Varberg's Tashreeq Matthews, in a match that swung back and forth and was sometimes quite gruff (a total of eight yellow cards).

The result means that Malmö loses important points in the gold battle.

At the same time, Varberg's undefeated suite at home holds its own.

The team now has nine straight without a loss at home, the last time it happened was May 12 (!) When visiting Hammarby won 3-1.