Lugi won the goalkeepers' match - on his 80th birthday

Lugi turns 80 years old. It is celebrated with a win - when two goalkeepers made great innings. The team defeated Kristianstad 32-27. 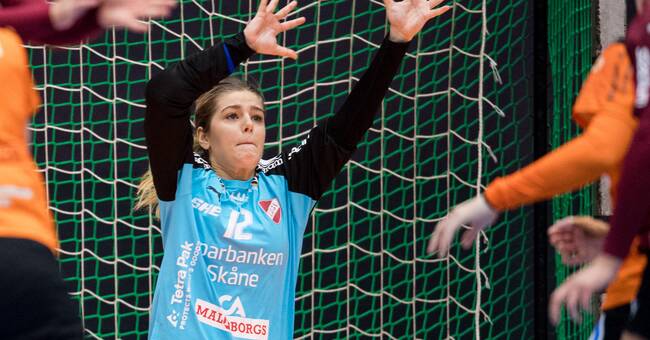 We have a lot of injuries and such, says Emma Navne to C More.

It was at first a nice match that wavered a lot back and forth.

The match often changed character and it was Lugi who before the half-time break had a slight advantage to 16-14 - in a match that largely became the goalkeepers'.

The home team's Hanna Popaja was in the first half for a good effort and with her eight saves she was 38 percent.

Lugi would then, at the 80th anniversary party, continue with an advantage far into the second act.

Much thanks to the cage keeper Popaja, who was also stable between the posts in the second half.

In fact, she switched up the goalkeeping game in others and was 40 percent.

The guests' ditto at the post office Freja Hammer Fagerberg, on the other hand, had a tough day at work.

She saved four of 27 finishes and was replaced by Lova Jönsson - who was all the more difficult to get a hole in.

But her efforts did not help.

Olivia Löfqvist was spotless in the offensive and was noted for

The loss is Kristianstad's second of the season.