Four factors stood behind Real Madrid's 2-1 victory over its arch-rival Barcelona, ​​today, Sunday, at the "Camp Nou" stadium in the tenth round of the Spanish Football League, most notably the undisputed star of the meeting, the young Brazilian Vinicius Junior, who manipulated the defenses of the Catalan team and the hottest 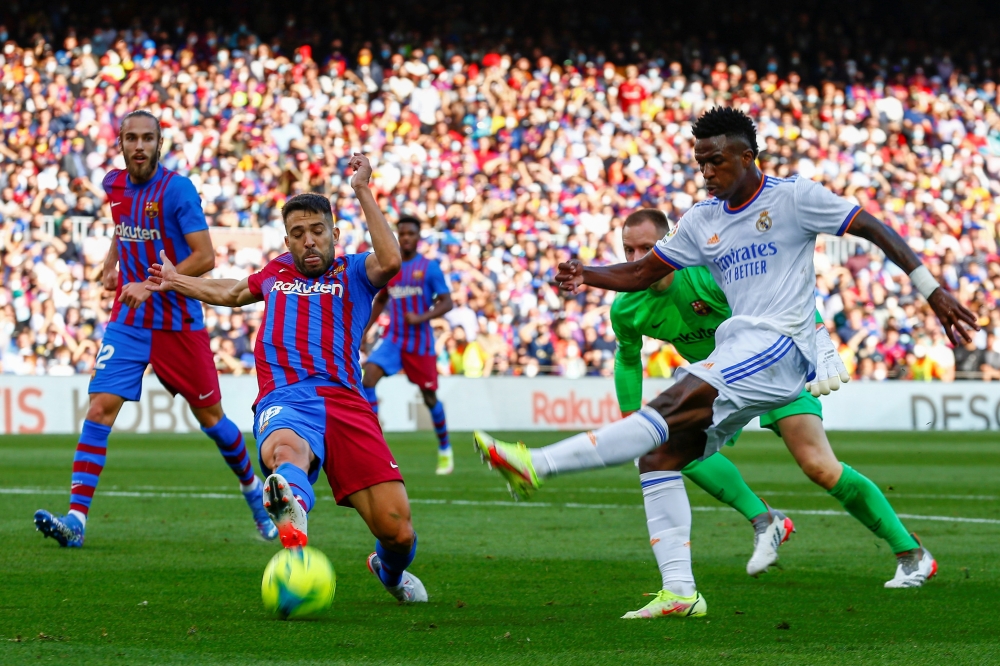 Four factors stood behind Real Madrid's 2-1 victory over their arch-rival Barcelona, ​​today, Sunday, at the Camp Nou stadium in the tenth round of the Spanish Football League, most notably the undisputed star of the meeting, the young Brazilian Vinicius Junior, who manipulated the Catalan team's defenses and embarrassed them a lot before To contribute to a counter-attack that led to the first goal through Austrian David Alaba.

The second reason was embodied in the mature technical vision of Italian coach Carlo Ancelotti, who knew how to deal with the events by surpassing the Dutch coach of Barcelona, ​​​​Ronald Koeman, after he closed all ports in front of him, while instructing his instructions to take advantage of the defenders’ progress quickly to launch the quick counter-attacks that resulted in the victory, as well as important substitutions. Which resulted in a second goal that killed Barca's hopes of returning with the result, especially since the substitute Asensio made the goal.

On the other hand, Koeman proved that had it not been for the club's financial distress, the management would have dispensed with his services in the face of the mistakes he made in the match, most notably keeping Argentine Sergio Aguero on the bench and not throwing him until late, and despite that, the player responded and scored a goal to reduce the difference in the last seconds. for the match!

The third reason is due to Real Madrid's attention to small details, benefiting from the experience of its Croatian stars Luka Modric, French Karim Benzema and German Toni Kroos, who dealt with the balls with high technical maturity.

The fourth reason relates to Barcelona's inability to balance defense and attack, the obvious gaps in the back line that caused Real Madrid's two goals, as well as the mental shortcomings of a large number of players.