The Swedes showed the way for San José 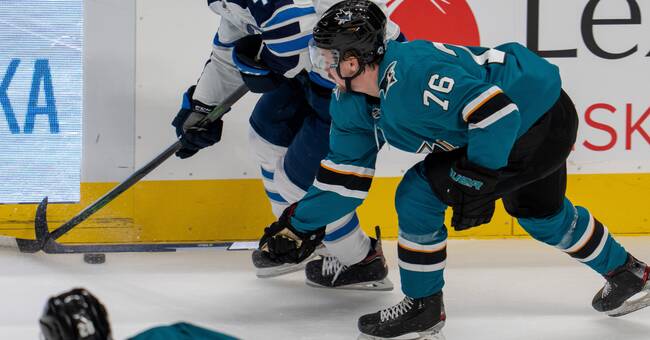 San Jose has had a brilliant start to the NHL season.

One who has also had a brilliant start is Jonathan Dahlén.

His third goal in his NHL career came against Toronto, in his fourth game in the league.

The match took place the day after the victory against Ottawa.

- I felt okay in the first, but great in the second and third.

I was happy about that, because I did not know what to expect after two days in a row and three matches in four days, Dahlén says at the press conference after the match.

The Swedish 23-year-old has been praised for his club technique.

- I'm just trying to win the puck with the club.

I'm not the biggest guy, so I will not be threatening, he says and continues:

- It has been successful so far, so it is something I have to continue with.

25 seconds into the third period, he put the 4-2 goal via direct shot on a pass by Logan Couture.

The goal before, which meant a 3-2 lead, was scored by the hill climber Erik Karlsson, his sixth point so far this season. For Toronto, Pierre Engvall and William Nylander each got an assist.