It was an even battle between Rögle and Luleå. The match was decided in the final minutes when the home team decided in powerplay to 2-1. With 16 seconds left, the Ängelholm team set the final score at 3-1 in an empty cage. 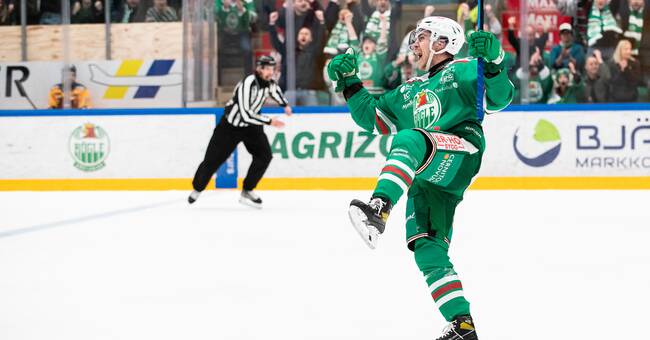 Rögle took the lead against Luleå with 1-0 in front of a sold out home arena.

Finn Tony Sund scored the first goal of the match at the end of the first period.

The management stood until the third period.

Luleå got energy after the goal and it was the away team that suddenly went for a lead goal.

But instead it was Rögle who would take the lead again.

With 5.30 left in the game, Ryan McKiernan slammed in 2-1, with only six seconds left in game five against four.

The goal was the American's second in the Rögle shirt.

Luleå took out the goalkeeper and tried to force a draw.

But with less than 30 seconds left, Linus Omark lost the puck in midfield and Anton Bengtsson was able to determine the final result to 3-1 in an empty net.

The victory means that Rögle is still one hundred percent on home ice this season.

CLIP: Frölunda at the top after the reserve's points party (October 19)

Linus Nässén smiles after his 2-1 goal.