Barça remains the leader and undefeated in the Sacyr ASOBAL League by beating Bada Huesca 39-30 this Saturday at the Palau Blaugrana in a white glove match in which ... 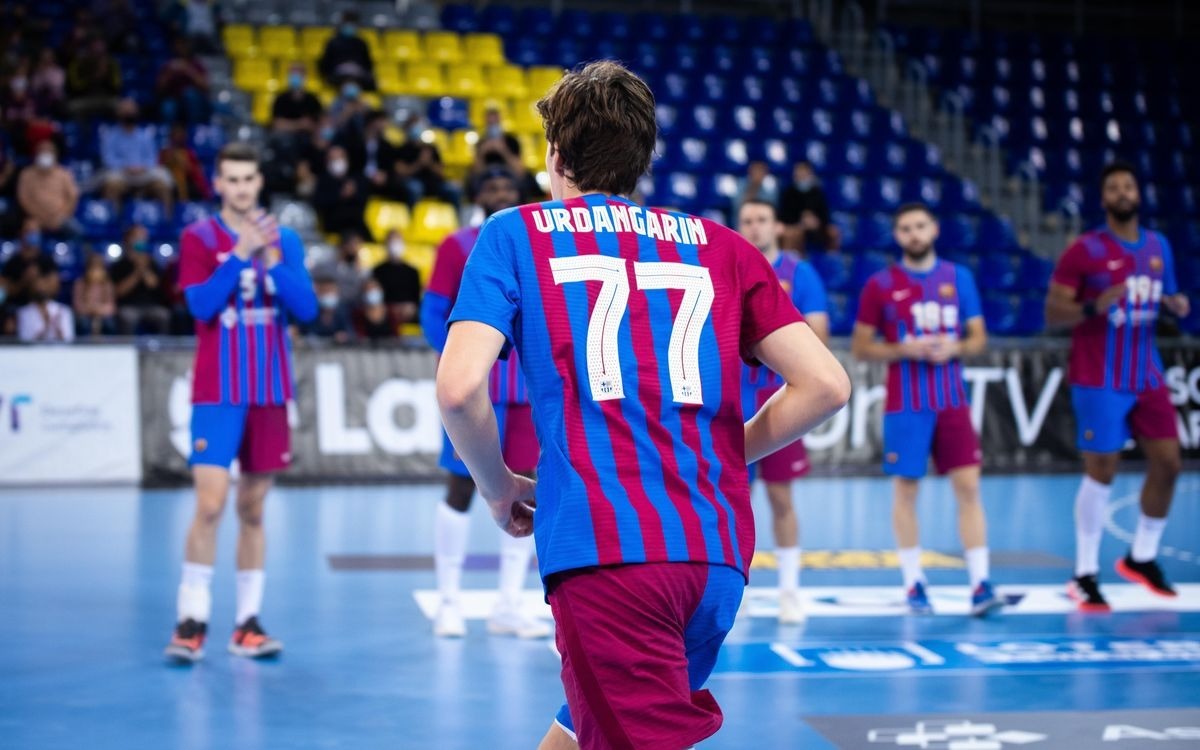 as the great striker

Both teams dosed forces before their next commitments.

The meeting was special for the Catalans, who celebrated the 50th anniversary of the opening of the Palau Blaugrana (on October 23, 1971).

It was also for the former player

, who were in the stands to see the debut in ASOBAL of their second son, Pablo, a young 20-year-old left-handed winger who plays for Barça B and who he had a few minutes.

The young Urdangarín had a good debut.

As for the match,

due to gastroenteritis, while

, who was returning from an injury, was on the bench without playing.

On the part of Huesca, with enough casualties,

proposed different defense systems to try to stop the Barça offense and play without precipitation in the face of the rival's potential.

José Jorge Floris made his debut

Barça came out very fast and effective (5-0, m.5) and kept the income with a choral game.

This time served for Adrià Pérez,

Domingo Mosquera and Sergio Pérez to

be incisive in the face of the Barça goal that Argentine Leo Maciel was defending today.

Despite his nine stops in this first half, the break was 17-14 for Barça, who had played at half throttle and had been well stopped by the Aragonese defense.

Dani Arguillas relieved César Almeida (9 stops in the first half) and Barça accelerated their game with a devastating Dika Mem (7 goals in the second half), but the Huesca team did not change their defense although Barça's speed took its toll.

established the maximum local advantage up to that moment (31-23, m.45) and Nolasco asked for time ordering his defense and managed to cut back (33-28, m.54), but he could no longer prevent the Barca pull with a final goal for Jon Fábregas, who today wore the name of his son, born last week, on the shirt (39-30).

LaLigaSimeone's message to Joao Félix: "This is what I need from you"

LaLigaInterview with Sergi Darder: "People are not aware of what it means to be a footballer"

Public funds The tourist villas of the Junta, a dilapidated business (even closed) doomed to privatization