Ligue 1 - Incidents in Saint-Etienne: "A little logical with the start of the season that they are making"

Ultras supporters of Saint-Etienne threw smoke on the lawn and delayed the kick-off of the match against Angers on Friday evening by an hour. If they do not necessarily approve of the attitude of the ultras, the supporters met by Europe 1 are however not surprised, as the crisis is deep among the Greens this season. &amp; Nbsp; 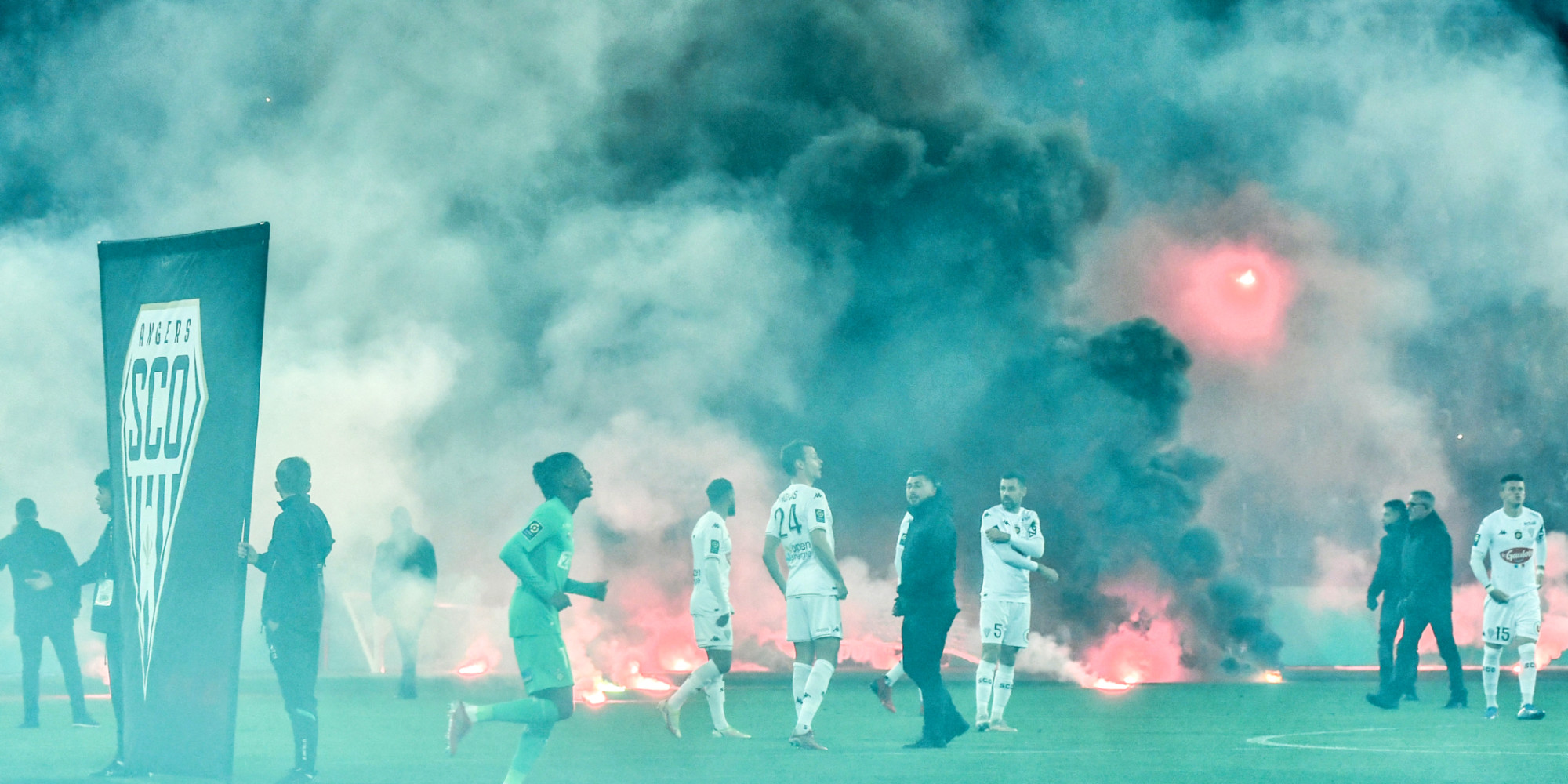 Ultras supporters of Saint-Etienne threw smoke on the lawn and delayed the kickoff of the match against Angers on Friday evening by an hour.

If they do not necessarily approve of the attitude of the ultras, the supporters met by Europe 1 are however not surprised, as the crisis is deep among the Greens this season.

The tension is strained in Saint-Etienne, in the grip of the crisis.

While the Greens languish in last place in Ligue 1 this season, and are still looking for their first victory, incidents involving ultra supporters delayed the start of the match against Angers, which was played on Friday evening, by an hour. .

Very quickly, the pre-match banners gave way to smoke thrown from the north and south turns onto the lawn.

The Stéphanois ultras led a coordinated action within five minutes of the kickoff of the match, which caused significant damage, then the intervention of dozens of CRS and a match delayed by nearly an hour.

"We have the impression that there is no more direction"

But for many supporters met by Europe 1, this reaction of the ultras was predictable, in a club with a catastrophic sporting situation this season. "It makes a bit of sense with the start of the season that they are doing," said a fan. "It's light compared to what we thought", nuance another. "There, there is no invasion of the field. The end of the match ends well, and it is true that all that remains is the throws of smoke."

"With the smoke, they show their dissatisfaction, I can understand it ... But the hole in the net, it was useless, if it is not to waste time and to make take fines at the club for not much thing ", regrets another.

A last supporter, he prefers to point the role of the management of the club.

"During the week, they had brought banners and they had warned that they were going to react like that. You have the impression that in this club, there is more management, there is nothing more."

"We must also understand"

Asked after the match, midfielder Ryad Boudebouz admitted that the context was "a bit special". "These are things that happen," he puts into perspective, however. "There is frustration on our part, on the part of the public. We must also understand ... These are people who are angry, who want to see the club higher (...) It is a club which has always played very high in Ligue 1, which wants to maintain itself and is in danger, so you have to understand these supporters. "

"We managed to raise our heads and come back to this match. We have mental strength," recalls the player from Saint-Etienne, thanking the public for their support.

Because the latter pushed ASSE to snatch the point of the draw at the very end of the game.

But the club remains red lantern and should face severe penalties after the scenes of chaos.

Because the kick-off was first postponed due to damage caused to the goal nets, patched up by the services of the Metropolis, owner of the Geoffroy-Guichard stadium, while several ultras had entered the lawn and had sent rockets and other smoke when players enter