Koeman shielded himself from the classic: "I don't think it's an exam"

Ronald Koeman's face has changed. He no longer goes to press conferences with a crooked gesture and pulling apocalyptic messages. That President Joan Laporta reaffirm him ... 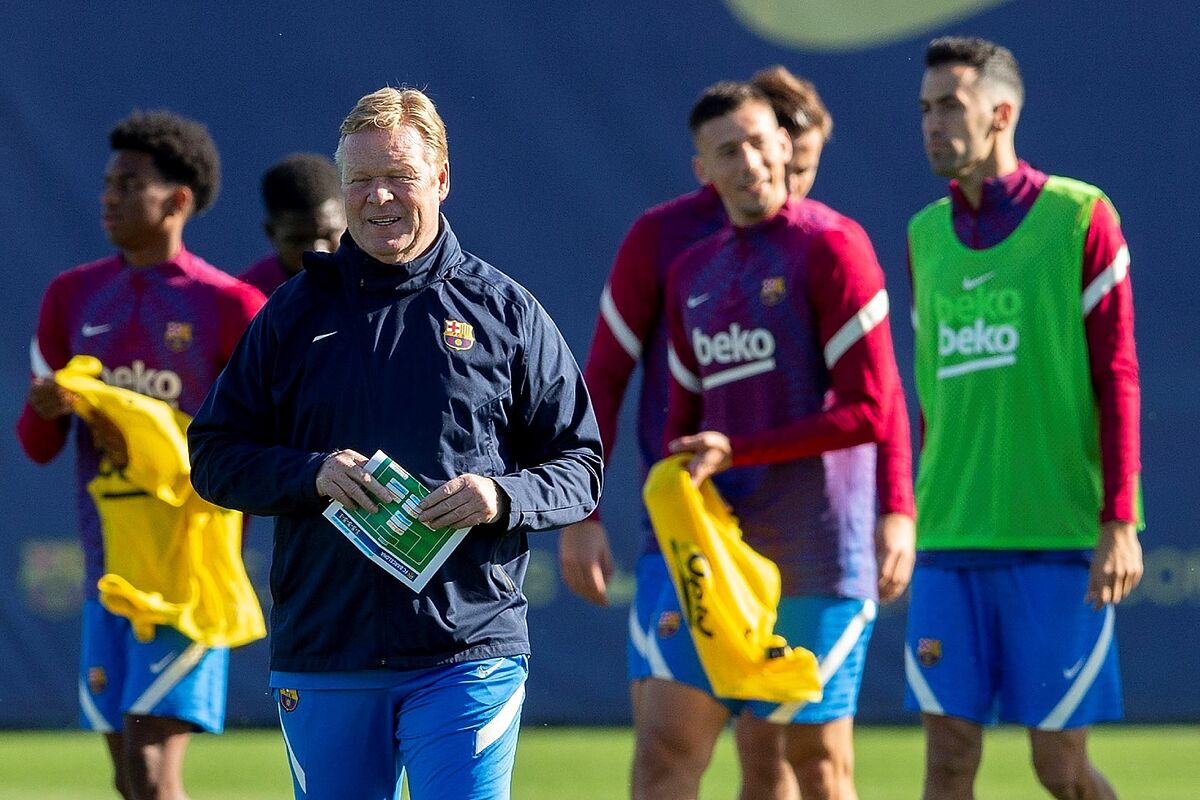 he has changed the face.

He no longer goes to press conferences with a crooked gesture and pulling apocalyptic messages.

reaffirmed him in office before the national team break allowed him to reorient himself emotionally, even though his Barcelona still shows important deficiencies.

Real Madrid come to the Camp Nou this Sunday in which it will be the second classic as coach of the Dutchman.

And Koeman tries to stay away from that wave of pessimism that surrounds the entity and its fans.

"I do not feel that it is an exam," said the Barça coach in his appearance this Saturday at the Ciutat Esportiva Joan Gamper. A few hours earlier, Laporta had returned to ensure the continuity of the coach regardless of the result of the match against Real Madrid. Koeman even dares to joke about the matter already: "I'm the coach tomorrow. Later, we'll see ...". After admitting the irony, he continued: "It is not necessary for the president to say every week that I continue. We have made things clear. I feel supported by him and by the club. But I also know that everything depends on the results."

Results. Barcelona comes from two hurried victories, but victories at the end of the day. Against

(3-1) he was about to pay a bad stretch in the second half. He thanked the poor aim of the

. As for the first victory in the Champions League against

, the Barça team only survived (1-0). Koeman, yes, promises courage against a Real Madrid who could surpass in the classification if he manages to defeat him.

"We can show that we are on the right track. We know that the result is very important. We will play without fear and we will show that we can win," cried the Dutch coach, while trying to de-dramatize: "The result is not decisive, it will only indicate the moment of the two equipment".

And Koeman returned to scare demons: "I do not know if people distrust us. But we know exactly what we have and what we can do. In a classic there is no clear favorite. Besides, we play at home and we have our people. They are great games for to play them, and to show that we have a good team. "

At least the Dutch coach knows that he will be able to count on one of his great assets in the left-handed lane, Jordi Alba, who ended up being touched on the ankle after the duel against Dinamo.

This Saturday he trained normally and entered the squad list.

, recently renewed and ready to show off his shirt with number 10 in the first classic of the

Koeman tried to remain calm: "You have to leave Ansu a bit calm. He needs to recover his physique well. You should not think that he is alone, he is part of a team, which is the most important thing. He is a footballer who can score. differences, he has already shown. But he must also work and improve as a player. "

Before leaving the room with a smile from ear to ear, Koeman could no longer avoid reality: "I can't have more pressure. Although I already know what it means to be a Barça coach. No problem."

RenovationAnsu Fati: "I have to go my own way"

LaLiga Santander 2021 - 2022 Barça recovers Ansu and Koeman defends itself: "I have accepted player departures for the good of the club"

LaLigaLaporta recovers 'Els Segadors': the Catalan anthem will sound at the Camp Nou before the Classic