Dutch coach Ronald Koeman admitted to Barcelona that he was under pressure, but urged his young players to "play without fear" on the eve of El Clasico against his guest and arch-rival Real Madrid at the top of the tenth stage of the Spanish Football League. 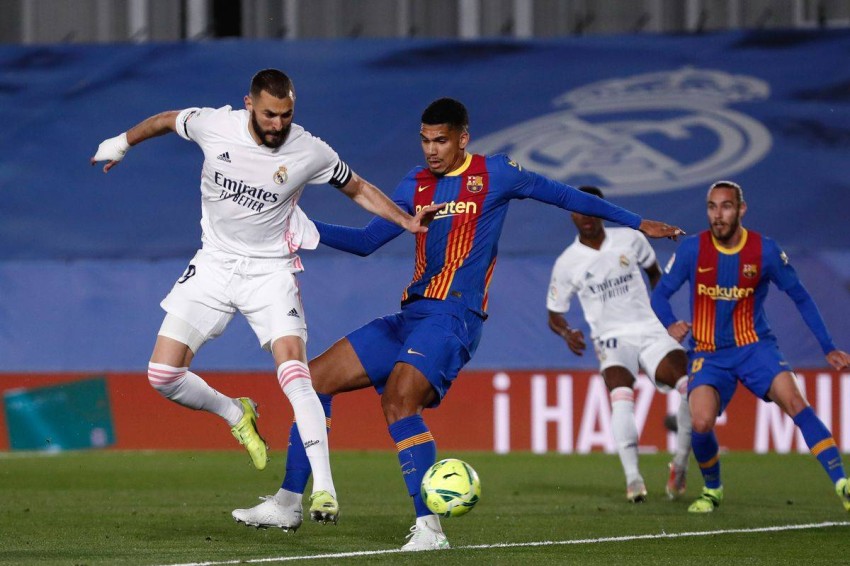 Dutch coach Ronald Koeman admitted to Barcelona that he was under pressure, but urged his young players to "play without fear" on the eve of El Clasico against his guest and arch-rivals Real Madrid at the top of the tenth stage of the Spanish Football League.

"I can't be under more pressure than what I'm already experiencing," Koeman said in a press conference. "Being Barcelona coach, you have to go through this, and I know the importance of this match. As a player, El Clasico matches, I won and lost, but you always have to keep the positive side and benefit." ".

"It will be my first Clasico as a coach with an audience, and it will be different. We have to keep the enthusiasm for this match."

Barcelona is currently in seventh place with 15 points, two points behind Real Madrid, third, and five points behind leaders Real Sociedad, knowing that the two traditional rivals have a game in hand.

Koeman urged his players to "play the game without fear," explaining, "Both teams count a lot on the outcome of this match. A lot can happen. It is not decisive, but if we win, we can get past them. (...) We play at home, we will have our fans with us. "You have to play without fear. I'm not afraid. We want to prove once again that we have a good team."

"Winning it will give us a lot of confidence, with all the changes we're making, all the youngsters we've pushed. It's not a test, but a classico we want to win."

Koeman advised his young players who will play the first Clasico of their career: "Play, simply: there are enough experienced players who have played a lot of El Clasico matches and they can help them. You just have to enjoy the atmosphere and the character."

He confirmed that Jordi Alba, who suffers from pain after the match against Dynamo Kiev (1-0) in the Champions League on Wednesday, is in the squad for Sunday's Clasico.