"This is a disruption of the competition": Russian figure skaters are not issued visas to Canada to participate in the Grand Prix stage

Russian skaters cannot obtain visas to participate in the Canadian Grand Prix, which will take place from October 29 to 31. Kamila Valieva, Elizaveta Tuktamysheva, Alena Kostornaya, coach Alexei Mishin and others remain without documents. The FFKKR said that they continue to work on solving the problem, while Tatyana Tarasova criticized the actions of the organization that failed to issue entry permits for athletes in time. 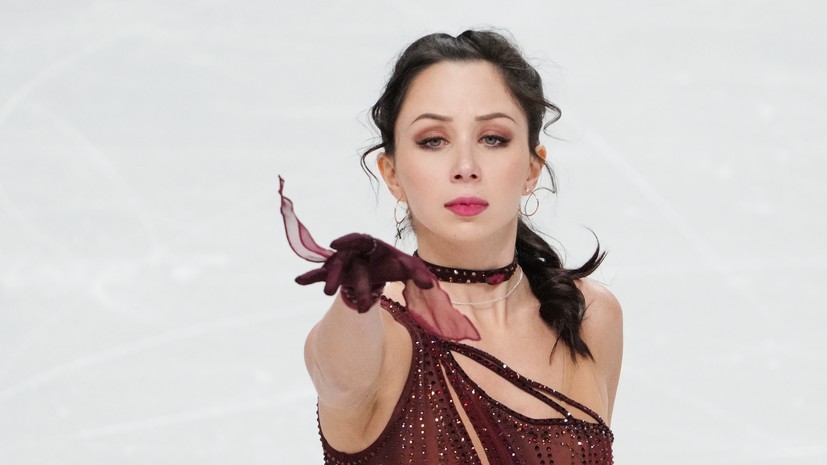 Problems with obtaining visas to participate in competitions have become an unkind tradition for Russian athletes.

Almost every month, representatives of one or another national team are forced to either miss tournaments due to lack of documents, or make a fuss in order to obtain permission to enter another country.

This unpleasant tendency did not pass by the figure skaters either.

The Russian Figure Skating Federation (FFKKR) reported that several athletes and their coaches are at risk of missing the stage of the Grand Prix series in Canada.

12 Russian figure skaters were announced for the competition, but only some of them will be able to fly to Canada on October 24.

“For the rest of the members of the Russian team, passports with Canadian entry visas have not yet been received and, despite all the efforts of the FFKKR, this may happen, according to the latest information, not earlier than Monday. This circumstance was a complete surprise, since visas for Russian figure skaters were approved in the middle of the month, ”the FFKKR reported.

Those who have not yet received passports and visas include Kamila Valieva, Elizaveta Tuktamysheva, Alena Kostornaya, Evgeny Semenenko and Makar Ignatov. Also, coaches Alexei Mishin and Evgeny Rukavitsyn will not be able to fly out according to the original plan. The FFKKR did not specify who received the documents after all. The remaining Russian participants of Skate Canada should be single skater Alexander Samarin, sports pair Daria Pavlyuchenko - Denis Khodykin and dance duets Diana Davis - Gleb Smolkin and Elizaveta Shanaeva - David Narizhny.

Missing the tournament will be a big disappointment for the athletes.

They will not only be deprived of the opportunity to earn prize money, but they will not be able to qualify for participation in the Grand Prix finals and will not earn points in the rating of the International Skating Union (ISU).

In addition, the skaters will not have a chance to prove themselves once again in front of the judges, which is especially important during the Olympic season.

This primarily concerns Kamila Valieva - one of the main favorites of the Olympics needs now to earn credibility among the referees, but this will not work if she is never returned her passport with a Canadian visa.

The federation promised that they would continue to work on solving the problem together with the organizers and the ISU.

This is also stated in a statement published on the official website, and the FFKKR General Director Alexander Kogan confirmed this to the Championship.

“The issue will be resolved as soon as we receive the passports of athletes and coaches at the Canadian embassy.

We do everything together with the Canadian Figure Skating Federation and ISU.

I repeat, we decide everything, we do everything - and very actively, ”said Kogan.

Coach Yevgeny Rukavitsyn, with whom Makar Ignatov is studying, has not yet lost hope and expects to take part in Skate Canada.

According to him, the opportunity to go to Vancouver still remains, but for this you will have to change tickets for later ones.

“Yes, indeed, at the moment we do not have visas.

I think it will be clear how events will develop in the near future.

But it is difficult for me to give any comment, because I do not have information.

Few people, in principle, have it.

Now everyone is in a state of lack of information: what happens, when they can give visas, and so on.

But my athletes and I are definitely planning to fly to Canada.

I do not think that the question will be to cancel the tournament for a number of athletes who were not given visas.

Honored coach of the USSR in figure skating Tatyana Tarasova criticized both the FFKKR and the Canadian side.

She noted that what is happening is leading to the disruption of the competition.

“I think this is just a disgrace. This is a flaw of our representatives: they didn't ask much from the embassy and they weren't bothered every day. You can, of course, say that this is done on purpose, but not a fact. Unfortunately, we do not know the procedure for issuing visas. In any case, this is a disruption of international competitions, this is a disruption of the ISU stages, which is simply unacceptable. Tomorrow, the first stage of the Grand Prix begins, everything goes back to back, it is no longer possible to reschedule the dates. In such a situation of international relations, I would be afraid to fly on the last day without a visa. But I would be afraid of that. I don’t know how this is possible, I just don’t know. The whole country was left without visas and without competition. They did not issue visas to both Muscovites and Petersburgers. I wonder if those who issue visas understand what they are doing. It seems to me that not quite. They don't just refuse to issue visas to someone,but they disrupt the competition, ”Tarasova said.

Earlier, the participants of the US Grand Prix stage, which is taking place in Las Vegas these days, almost had problems with visas.

To get American visas, skaters had to fly to Tashkent and get the necessary documents there.

Fortunately, everyone was eventually able to fly in and go out on the ice.

Also this season, juniors who did not perform at two stages in France due to serious coronavirus restrictions have already suffered.