VAR light - an alternative for the Allsvenskan

More and more football leagues in Europe use the video referee system VAR. The high cost is an obstacle to introducing it in Sweden. But now a cheaper alternative is underway - BE light. - If it becomes relevant, it is at the earliest until the 2023 season, says Karl-Erik Nilsson, chairman of the Swedish Football Association. 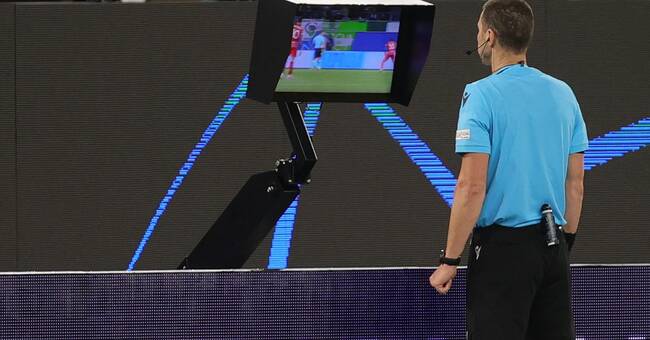 At the beginning of the year, Swedish elite football (Sef) presented an investigation in which it emerged that the introduction of the system would cost around SEK 55,000–60,000 - per match.

The high bill is an obstacle to introducing the system in Sweden.

But now a cheaper alternative called VAR light is being investigated.

The new system was discussed at the Swedish Football Association's (SvFF) board meeting last week.

- It is a simpler technical solution and thus a cheaper alternative to VAR.

There, we are waiting for information from the analysis work about the new system that Fifa will bring in March 2022, says union president Karl-Erik Nilsson.

At the earliest when the International Football Association's Fifa's investigation is complete, SvFF can make proposals to the Swedish football movement if VAR light is an alternative.

- If it becomes relevant, it will be at the earliest until the 2023 season, Nilsson says.

Ola Rydén, league manager at Sef, recently participated in a Fifa seminar where the topic VAR light was raised.

- Fifa has requirements for different things.

It can be about light, grandstand standard, artificial grass, natural grass.

When it comes to VAR, at least eight cameras are basically required, he says and develops:

- Now I make my own interpretation of what was said at the seminar, but if VAR light becomes a reality, fewer than eight cameras will be required.

There may also be options that require a maximum of three cameras.

Both alternatives fall under a different quality stamp.

When Fifa rates a football activity, such as the grandstand standard, it has three quality levels.

VAR light would be considered to belong to the two lower quality levels, Ola Rydén believes.

- I assume that it would be cheaper, because it uses less technology and fewer cameras.

That it should cost less, I think what you are looking for.

Among the all-Swedish clubs, there is opposition to VAR, especially from the supporters.

But Djurgården's coach Thomas Lagerlöf is cautiously positive about the technique.

- Used correctly, it can definitely help football, it's just a matter of finding the right level, what to assess, how long breaks get it where.

I definitely think it is something for the Allsvenskan in the long run, if you find a form for it and that it works financially, says Lagerlöf.