Union Berlin wants to talk to Feyenoord and UEFA about disturbances

1. FC Union Berlin wants to talk to Feyenoord and UEFA about disturbances surrounding the group match between the two teams on Thursday in the Conference League. The German club complains about long queues for De Kuip. The police also allegedly intervened excessively. 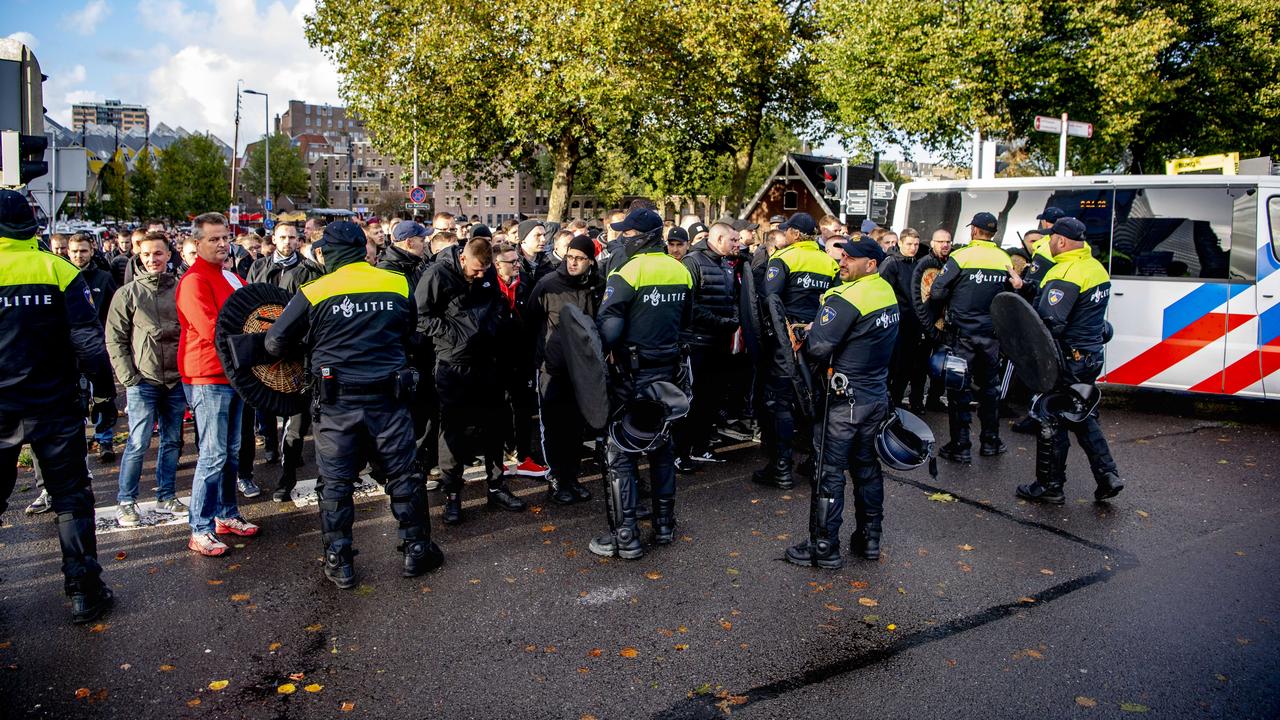 1. FC Union Berlin wants to talk to Feyenoord and UEFA about disturbances surrounding the group match between the two teams on Thursday in the Conference League.

The German club complains about long queues for De Kuip.

"In our view, it should not be the case that hundreds of our fans with tickets for halftime were not yet in the stadium," said spokesman Christian Arbeit of the club from Berlin.

"I have also seen images of fans of ours who have been victims of heavy police intervention. All in all, this is unacceptable for us. We will have to look at how this could have happened at European level."

The police arrested a total of 75 people before, during and after Feyenoord's home game against Union Berlin (3-1).

59 German fans were arrested in the Rotterdam district of Lombardijen.

According to a police spokesperson, they were out for a confrontation with Feyenoord supporters.

It became uneasy in the vicinity of De Kuip, among other things, when a group of hundreds of German supporters walked in a procession from the Oude Haven towards the stadium.

The Mobile Unit accompanied the procession.

The police in Rotterdam arrested 59 German supporters around the Feyenoord-Union Berlin match.

The police in Rotterdam arrested 59 German supporters around the Feyenoord-Union Berlin match.

When the procession on Oranjeboomstraat became too elongated, the riot police asked the leading group to stop so that the group would stay together.

"That fell on the wrong ground, and the leading group started hitting the riot police," said a police spokesman.

The riot police then restored order by hitting back with batons.

All four of them were checked and treated by paramedics and did not have to go to hospital.

The German fans were arrested after their medical treatment.

Because the journey from the Oude Haven took a long time, part of the group of supporters had to wait in front of the stadium during the match to enter.

While waiting, the supporters set off fireworks.

A police horse was startled, causing the horse and the officer both to fall and suffer minor injuries.

On Wednesday evening, a delegation from Union Berlin was the victim of an attack by about twenty hooligans in a bar in Rotterdam.

Among others, chairman Dirk Zingler and board member Oskar Kosche belonged to the group of 25 people who were pelted with chairs and other objects.

A woman from the German group suffered minor injuries and had to be taken to hospital.

Union Berlin and Feyenoord will meet again on November 4, but then in Berlin.