He has played eight straight matches in the Allsvenskan and kept a clean sheet in all of them. On Sunday, Mjällby's goalkeeper Carljohan Eriksson can break records in the number of minutes without a setback. - It is fun and the result of a good teamwork, says Carljohan Eriksson to SVT Blekinge. 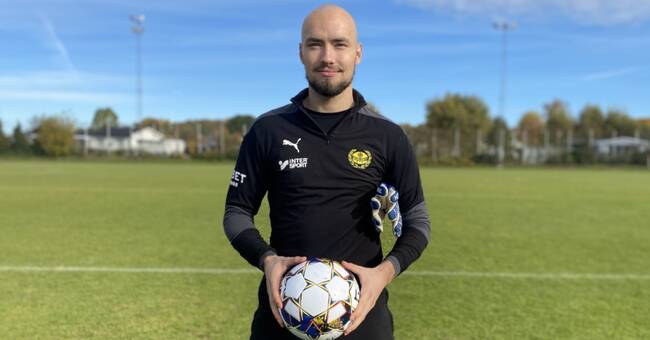 Carljohan Eriksson Eriksson guarded the goal the first two games of the season but ended up on the bench after that in ten straight games.

But after the home loss against Djurgården, it turned around - now Eriksson has kept a clean sheet in eight straight Allsvenskan matches, more precisely for 765 minutes.

On Sunday, the 26-year-old goalkeeper from Finland has the chance to set a new Swedish record when Mjällby takes on IFK Gothenburg.

But it's a fun thing, and not much more than that.

It is mainly others who focus on it, more than we do.

But of course it's fun and that's the result of good teamwork, he says to SVT Blekinge.

- It is impossible for a goalkeeper to keep several zeros in a row on his own.

There is no point in even trying to claim that I am the cause behind it.

Eriksson needs to keep a clean sheet for 44 minutes to beat Håkan Svenssons, Halmstads BK, the current record from the 1999/2000 season of 808 minutes.

The goalkeeper admits that his 765 minutes without a setback is a personal record by far.

- I think we had three zeros in a row last year towards the end of the season, but much longer than that I have never kept a clean sheet.

This is probably a personal record with a pretty solid margin.

Mjällby is eleven in the Allsvenskan table with seven matches left to play.