The world audience of the classic of the French Championship Sunday, October 24 during the "clasico" between PSG and Marseille could take off with the presence of the superstar Lionel Messi. With the anc ... 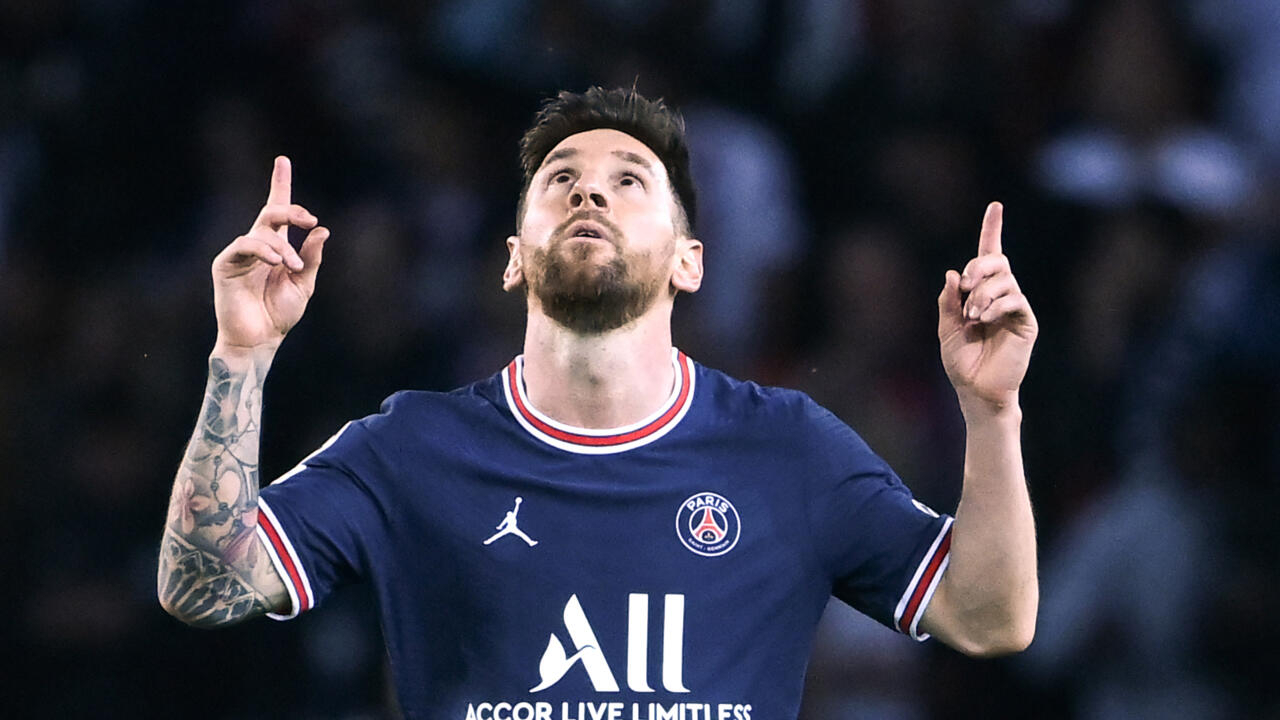 Lionel Messi against Leipzig in the Champions League on October 19.

The world audience of the classic of the French Championship Sunday, October 24 during the "clasico" between PSG and Marseille could take off with the presence of the superstar Lionel Messi.

With the former FC Barcelona player, the Professional Football League (LFP) hopes to "

the reach of the championship internationally

(excluding the United States and the Middle East).

With his six Ballons d'Or,

can help sell Ligue 1 better outside France in the next round of rights. Last year, for Marseille's 1-0 victory at the Parc des Princes on September 13, 2020, nearly 5 million viewers followed the match internationally, "

in Reims on August 29 (2-0) shattered the Ligue 1 audience record abroad with more than 14 million viewers, according to the LFP.

But the figure is far from overwhelming the counters!

all over the world

next Sunday, ensuring they have "

the most followed club poster

In Brazil, "the classic" broadcast for several years

In Spain, the Cuatro channel has decided to broadcast the classic OM-PSG in clear and live. Cuatro was encouraged by the audiences of Telecinco (another channel of the Mediaset group) for the Reims-PSG meeting, which has become the most watched football match of a foreign championship in the history of Spanish television with 2.2 million average viewers, and peaks at 6.7 million, according to Mediaset.

In Brazil, "the classic" has been broadcast for several years, especially since Neymar wears the colors of the Parisian club. For Brazilian viewers, more than the OM-PSG poster, it is above all the Parisian club that attracts attention, for the presence of "Ney" and Messi. But the Brazilian press is also looking at the results of Jorge Sampaoli's OM, since the Argentine technician led the Brazilian clubs of Santos and Atlético Mineiro.

OM have not won against the Parisians at the Vélodrome since November 2011. Lionel Messi, used to the fiery Barça-Real, will discover the Marseille atmosphere.

Author of a double against

Leipzig in the Champions League

, but still looking for his first goal in Ligue 1, the Argentinian will be accompanied on the front of the Parisian attack by Kylian Mbappé.

However, doubts still remain around the presence of Neymar, affected in the adductors.