Stunning against Prague (3-4) on Thursday, the Lyonnais continue their flawless performance in the Europa League while the Monegasques take first place in Group B after their success against PSV ... 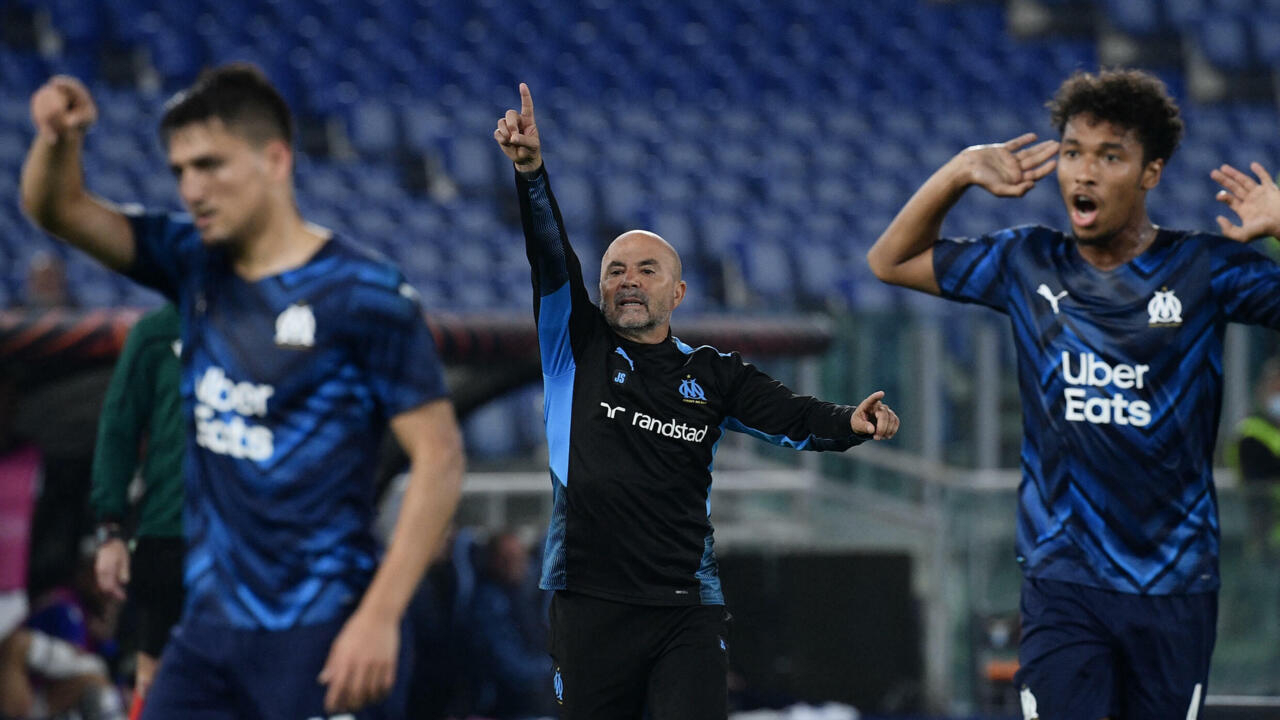 Olympique Lyonnais, led by Toko-Ekambi and Paqueta, overthrew Sparta Prague on Thursday, October 21, during Matchday 3 of the Europa League.

As in the victory of the Lyonnais against Monaco on the last day of Ligue 1, Lucas Paqueta, on the bench in the first period, transformed the game of an OL who won 4-3 in Prague, while he was down 2-1 at the break.

At the origin of the Lyon equalizer on a goal of Houssem Aouar (53rd), Paqueta then displayed his talent to give the advantage to his people (67th).

Prague had led 2-0 after 20 minutes thanks to a brace from Lukas Haraslin.

The other man of the meeting, Toko Ekambi, reduced the margin shortly before the break (42nd) and gave air to his family at the end of the match (88th), scoring his 5th goal in the Europa League this season.

This success, the third in as many games, allows the Lyonnais to take a comfortable lead at the top of Group A, relegating Sparta (2nd) to 5 lengths.

Three days before the reception of PSG in L1, Olympique de Marseille was content with 0-0 on the lawn of Lazio Rome.

Sometimes dominant in the first period but clumsy in the finish, and suffering in the second act, the Marseillais have still not managed to win this season in Europe and remain third in Group E.

At the end of the meeting, OM spoke in a press release of "suspected racist cries" against its players in the Olympic stadium in Rome, explaining to reserve "the right to lodge a complaint in the event where UEFA would come to confirm these serious accusations ".

For its part, Monaco took the lead of its group thanks to a success (2-1) won against PSV Eindhoven.

The Monegasques opened the scoring by Myron Boadu (20th) before being joined by Cody Gakpo (59th).

But a goal from Diop late in the game (89th) allowed Niko Kovac's men to afford a second European success, synonymous with first place, two points behind Real Sociedad.

In the other matches, Naples (group C), recently beaten at home by Spartak Moscow, got off to a good start by beating Legia Warsaw 3 to 0. In Group H, the English West Ham continued their clear round by beating the Belgians of Genk 3 to 0.

In the Europa League conference, Rennes also took the lead of its group after its victory against the Slovenes of NS Mura (2-1).

The Rennes, thanks to the achievements of Serhou Guirassy from the penalty spot (16th) and the top scorer in L1, Gaetan Laborde (41st), find themselves alone at the top of group G after Tottenham's surprise defeat against Vitesse Arnehm (1-0 ).

The other surprise of the day came in Group C, with the heavy 6-1 defeat of Roma Mourinho, who had fielded a reshaped team, against Norwegians Bodo Glimt.