Linn Svahn fights against the clock after the shoulder operation. The sprint star is pre-nominated for the Olympics, but must pass SOK's so-called control station to be allowed to go to Beijing. - If Linn could not compete this winter then she will not live up to the requirements, says national team captain Anders Byström. 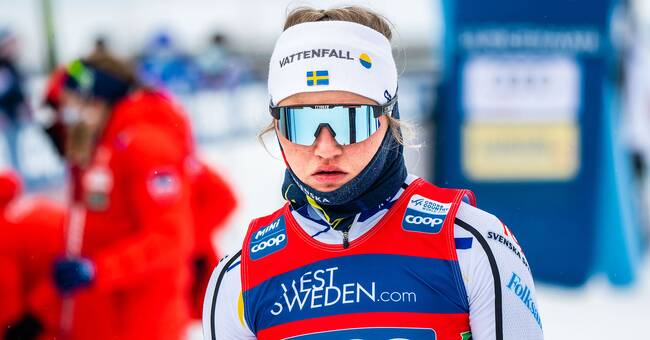 According to national team doctor Jan Wall, Svahn's rehabilitation after the shoulder operation in September is going according to plan.

- She trains with rehab and takes one day at a time.

But time is short.

In less than three months, the cross-country team will travel to the Olympics.

And then the "control station" must be passed - it is in practice about a reconciliation between SOK and the active where both parties must leave the green light for start.

According to SOK, how close to the Olympics it can take place is assessed from case to case, but at the latest before departure to the squad's charging camp on 17 January.

In addition to Linn Svahn, Jonna Sundling is also pre-nominated for the Olympics.

Sweden has four places in the individual sprint - and a star-studded sprint national team.

- A tough window to pass, but everyone is aware of it, says Anders Byström.

As early as December 19, the main part of the squad will be selected.

- The focus will be on the beginning of the season because SOK wants the nominations already for Christmas.

But some place will be kept open longer if needed, says Anders Byström.

According to Byström, it is above all three weekends that form the basis for the Olympic selection: the World Cup in Ruka, Lillehammer and Davos.

Dresden, which is also decided before Christmas, is an urban sprint that will not be prioritized in the valuation.

- It is extremely difficult to pick out, especially on skate as we have even more who will be relevant, says Anders Byström.

The individual sprint in the Olympics will be decided on February 8.