In his Leicester club colors, international Patson Daka became the first Zambian to score a Premier League goal. He continued with this same training by registering a quad ... 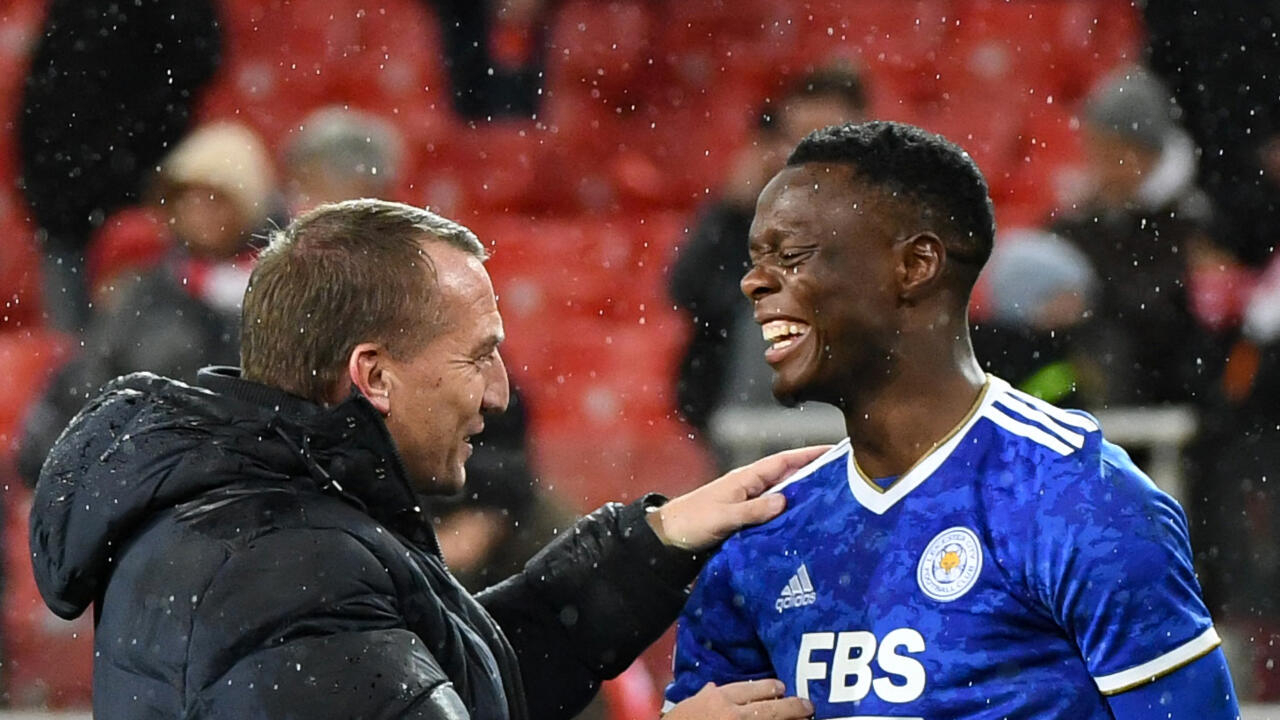 "When you smile, the whole world smiles with you."

The Frank Sinatra song used by Leicester fans appears to be tailor-made for his young striker, Patson Daka.

The 23-year-old Zambian has just had a dream week, concluded with an XXL performance in the Europa League against Spartak Moscow on Wednesday, October 20.

The previous Saturday he became the first Zambian international to score a Premier League goal.

Against Manchester United's Cristiano Ronaldo, the Chipolopolos striker scored his first goal for the Foxes just fifteen minutes after coming into play, finishing his own 4-2 victory.

Established for the first time with Leicester, the 23-year-old distinguished himself by scoring three goals in… nine minutes!

While Leicester was led 2-0, he first reduced the score before the break (2-1, 44 ') then did not ease back from the locker room, deceiving again, twice, the Russian doorman Aleksandr Maksimenko (48th, 54th).

Minutes later he rounded off Leicester's success with a fourth achievement.

He thus became the first Foxes player and the first Zambian to score a hat-trick in European competition, according to statistician Optajoe.

"It's an emotional night for me, the feelings are mixed," said the forward after the game.

"It's hard to describe how I feel. I'm just happy I helped the team win. Everyone is happy for me, we saw it on the pitch, they gave me a lot of Love. My favorite goal? I would say the first, because it was the one that gave us confidence in the game. "

Man of the Match time, this'll be a close one 😀 # SkmLei

On the club's Twitter account, Leicester allowed himself a little joke: asking his community to elect the man of the match.

Transferred this summer from RB Salzburg to Leicester for the tidy sum of 30 million euros, according to Transfermarkt, the phenomenon is a pure product of Zambian football but also of the Red Bull empire.

In the summer of 2014, he was sent on loan to Nchanga Rangers, with whom he was playing his first professional season in the Zambia Super League.

The following season, he was loaned to Power Dynamos, where he became the club's top scorer.

He then catches the eye of Red Bull.

The story between the winged bull mark and the Zambian begins with a loan.

He joined FC Liefering, the club of the Red Bull empire which plays in the Austrian second division for a period of six months.

In nine appearances and two goals, he convinces the leaders to buy him.

At the end of the season, he signed up for Red Bull Salzburg.

He was first sent back to Liefering for six months to toughen up before making his first appearances for Salzburg in the second half of the season.

He notably contributed to the club's victory in the UEFA Youth League.

The start of a hell of a prize.

He also becomes the first Zambian to score in the Champions League, on November 27, 2019, against Genk.

Between January 2019 and May 2020, he formed a formidable duo with the Norwegian Erling Haaland, to whom he is often compared.

During their entire season together, they both scored 55 goals for the Austrian team.

The departure of the "Norwegian cyborg" to Borussia Dortmund did not affect Daka's performance, however: in the 2020/2021 season, he scored 27 goals in 27 appearances for Salzburg and was crowned player of the year in Austria.

What motivate the interest of Leicester.

Already a pillar of the Chipolopolos

In the national team, Patson Daka is part of the Zambian golden generation who won the 2017 Africa Cup of Nations Under-20 at home. He was even crowned the best player of the competition, after five meetings as that holder and four goals scored.

CHAN 2016 in Rwanda is his first major competition, but he must wait until 2017 to score his first goal with the seniors, in a match against Algeria in the 2018 World Cup qualifiers.

"You really have to take note of his name, because he is a very promising player who will be talked about. He is a modern center-forward, who goes quickly, who is capable of making efforts and making differences, because he is skillful and has a sense of movement, "former Zambia coach Hervé Renard told RFI, who wanted him to come to Lille when he was coaching there.

Despite exemplary performances during the CAN-2022 qualifying campaign in Cameroon, Patson Daka was not enough to qualify the Chipolopolos.

Zambia failed in third place in their group despite Daka doubling in two crucial matches (3-3 against Algeria, 2-0 victory over Zimbabwe).

An absence from the African Cup that could ultimately benefit Daka.

In the absence of Salah, Mané, Aubameyang and other Mahrez, he will have plenty of time to dazzle the Premier League with his talent.

And why not, replace the star striker of Leicester Jamie Vardy, hitherto indestructible in the hearts of fans of the "Foxes".