Olympic qualifiers for the Women's Crowns in corona bubble - in Luleå

Although the corona restrictions were lifted at the end of September, the women's Olympic qualifiers in ice hockey will be played in a bubble. Audiences are allowed - but players are not allowed to meet any outsiders. - It is a set of rules from the IIHF that applies to all Olympic qualifiers and the World Cup right now, says tournament manager Mikael Haglund. 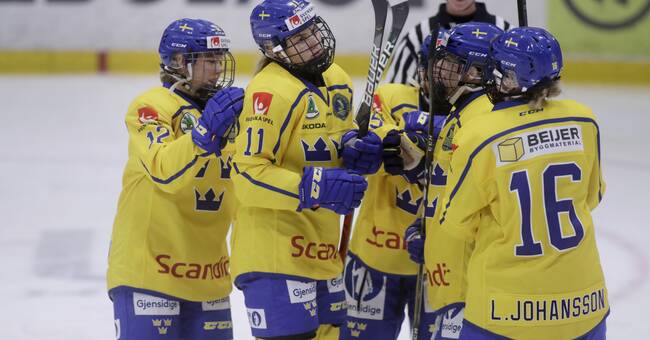 The Olympic qualifiers for women will be played on 11–14 November in Luleå and Sweden, South Korea, Slovakia and France will participate.

And then it's the bubble that counts.

- What will apply is that the players and those closest to them, those in the speaker booth and such, will be in the bubble.

Then the arena is otherwise open to the public, says Mikael Haglund.

TT: Were there any problems getting the IIHF to join the audience?

- Not since September 29 when the Swedish government said it was okay.

It was easy to justify.

The only thing we needed to show was how we intend to do it so that the audience does not come into contact with players and the organization around the players, says Haglund.

Now that people have started to get used to restrictions, both in Sweden and globally, players and leaders must return to old habits with covid tests and everything.

When the team arrives in Luleå on November 8 and enters the bubble, they will be co-tested and then there will be two more test rounds during the tournament.

- There will be things we have to think about, but the conditions in Luleå are very good for us to be able to handle this.

There are spaces around changing rooms and heating areas in the Coop arena that make it possible to separate the players.

Then we have a hotel 800 meters from the arena with a separate part that is included in the bubble.

With three weeks left until the qualifiers, approximately 1,000 tickets have been sold for the three match days.