Bodö / Glimt gave Mourinho the loss of the times

José Mourinho has watched over a thousand matches from the coaching staff. Today he got to experience for the first time six admitted teams for his own team when Roma lost in northern Norway against Bodö / Glimt with 6-1 in the Conference League. He was asked if the result was shocking. - Yes, replied the Portuguese. 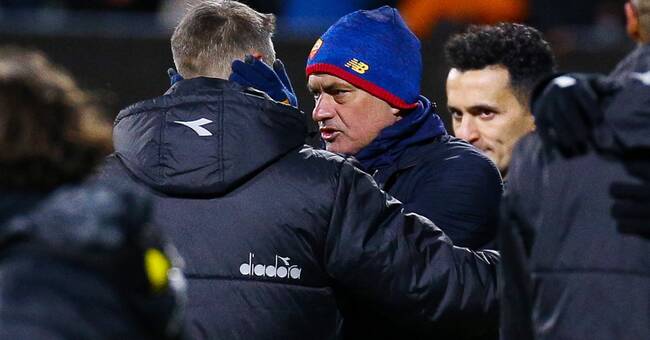 - I do not know where I am right now.

For the last ten minutes I thought I was walking around dreaming.

It is completely sick, says Bodö player Erik Botheim who made 1-0 and 3-1 to VG.

The Italian media sharpened their knives.

"A historic disaster and an eternal shame," writes the Gazzetta dello Sport, for example.

They (Bodö / Glimt) were better than our B-team today.

I overestimated my players, says Mourinho at the press conference according to NRK.

Before the match, he feared the northern Norwegian climate and the artificial turf and was prophesied.

He gave cred to the Norwegians who sent a shock wave through football Europe.

I had to rest players before the more important match against Napoli, which is more important to win than today, Mourinho explains his tactical move.

He was asked if the result was shocking.

His previous biggest loss was 0-5 against Pep Guardiola's Barcelona in November 2010 when Mourinho coached Real Madrid.