FC Barcelona won their first points in the Champions League after a narrow victory against Dynamo Kiev on Wednesday, October 20 at home (1-0). For its part, Lille did not do better than u ... 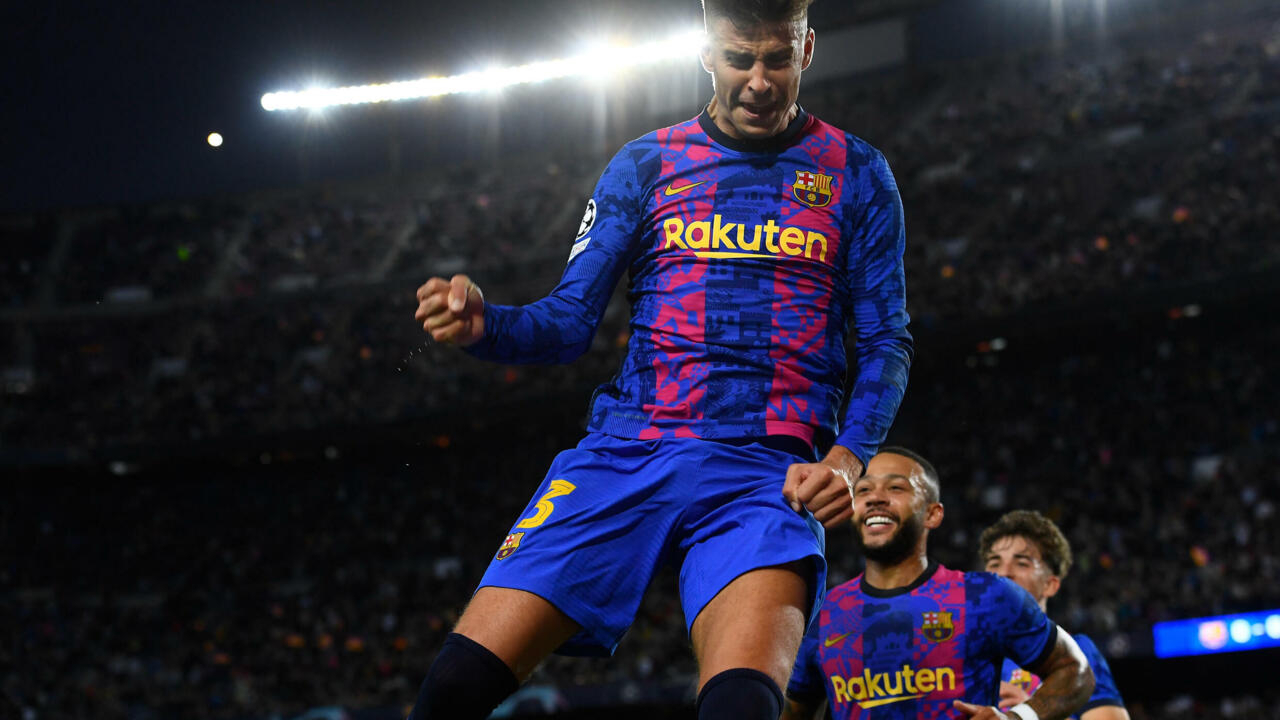 FC Barcelona won their first points in the Champions League after a narrow victory against Dynamo Kiev on Wednesday, October 20 at home (1-0).

For its part, Lille did not do better than a draw by receiving Sevilla FC (0-0).

If Lille remain in contention for qualification in the round of 16, much more will have to be done in the last three days of the group stage.

After two defeats against Bayern (3-0) and Benfica (3-0), FC Barcelona finally won this season in the Champions League at home against Dynamo Kiev (1-0), and thus returned to 3rd in group E (3 points).

It is the veteran Gerard Piqué, forgotten at the far post in the 37th minute, who took over with the flat of the right foot a cross from his friend Jordi Alba to offer the victory to his family.

This short success will not be enough to satisfy the Barcelona fans and coach Ronald Koeman, who will have to quickly find solutions for the return matches of the C1 group stage.

Gerard Pique became at 34 years and 260 days the oldest scorer for Barça in C1. This goal allowed him to equal Roberto Carlos as the most prolific defender in the history of the Champions League, with 16 goals. With this success, the Catalans put an end to three consecutive defeats at Camp Nou in C1, the worst series in their continental history, started by the 4-1 slap against Paris SG in the round of 16 first leg last February.

With the Lille Mastiffs scoring only one point in their first two matches, they were determined to try it all at home against Sevilla FC under Julen Lopetegui. The six-time winner of the Europa League was surely not the ideal rival to reassure himself, after a new disillusionment in Ligue 1 last Saturday in Clermont (1-0), while the Sevillians consolidated their 3rd place in La Liga on Sunday by going beat Celta Vigo by the same score.

The reigning French champion absolutely had to react to keep a hope of qualifying in the round of 16 before moving to the Spanish lawn for the next day. During the first period, Lille can open the scoring when Renato Sanches comes face to face with Bounou in the box. The goalkeeper wins his duel, on the strike of the Portuguese (27th). In the 40th minute, Ocampos narrowly misses the target for the Sevillians. At the end of the second period, the meeting becomes more and more muddled. At the Pierre Mauroy stadium, more had to be done to hope to win in a fairly balanced match. With this draw, Lille occupy 3rd place in Group G with two points, benefiting from Salzburg's 3-1 victory over Wolfsburg earlier in the day.