The sex video scandal where Karim Benzema is suspected of being involved in extortion cost him a national team place for several years. The Real Madrid star was not present when the case was taken up in court in France on Wednesday. 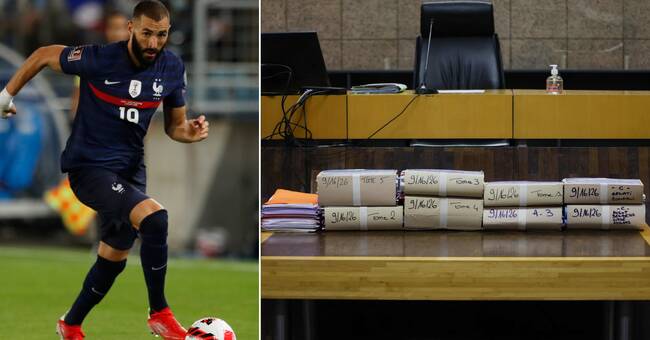 The scandal linked to the French national football team occurred in 2015. Benzema was suspected of having acted as an intermediary in an extortion attempt by Mathieu Valbuena, in order not to spread a sex film in which the national team colleague had participated.

Benzema was suspended from national team games and did not return to "Les bleus" until the European Championships this summer.

The trial has been delayed even longer and when it began on Wednesday, in Versailles outside Paris, Benzema was not present.

Instead, he was represented by his lawyers.

One in five accused

Benzema has previously tried to get the investigation closed as he believes that the police used dishonest methods to involve him in the case.

The Frenchman himself says that he tried to help his friend Valbuena out of a difficult situation.

The maximum penalty for participation in extortion is five years' imprisonment and a fine of 70,000 euros (just over 700,000 kronor).

Benzema, 33, is one of five men charged.