Zigiotti after petting: "The hedge is a bit bitter"

Julia Zigiotti Olme and Emma Kullberg were benched in Häcken's decisive match in the damallsvenskan this weekend. Regular rotation, according to coach Mats Gren, due to the expiring contracts, says Zigiotti Olme. - They wanted us to extend, they are a bit bitter, she says to SVT Sport. 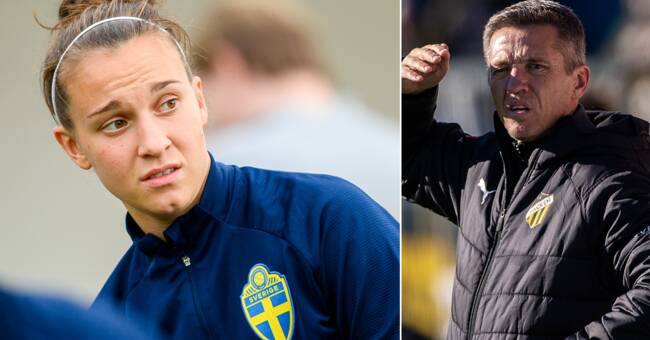 Julia Zigiotti Olme and Emma Kullberg will leave Häcken when their contract expires on 15 November.

The two Häcken stars, who are also part of the Swedish national team squad, were benched in Häcken's match against AIK this weekend.

According to coach Mats Gren, the contract situation was not behind the decision, but it was that the players needed to rest.

- I did not feel that I needed to rest and there has been no dialogue there.

They chose not to play me and Emma because we did not extend, that is our opinion.

They wanted us to extend, they are a bit bitter, says Julia Zigiotti Olme.

Want to go to England

Zigiotti Olme is now looking forward to next season when she will try her wings abroad.

But which club it will be is not yet officially clear.

- All countries in Europe have grown very much.

But I think England would suit me best in the style of play, it's a bit tougher and faster games.

And whether there will be a future with Emma Kullberg also remains to be seen.

- Of course there is a chance, but it is not a must.

But first, national team gatherings and matches with Sweden await.

Blue and yellow will face Ireland on Thursday and then Scotland on Tuesday 26/10.

- I feel that my body feels good and I am alert.

The head is involved and it will be fun, says the 23-year-old.