Ibrahimovic starts on the bench in the Champions League

He made a comeback and jumped in against Greece Verona last Saturday. But when Milan face Porto tomorrow in the Champions League, Zlatan Ibrahimovic will start on the bench. - He is better, but he is not yet ready to play from the first minute, says the Italian big club's coach Stefano Pioli according to the Football Channel. 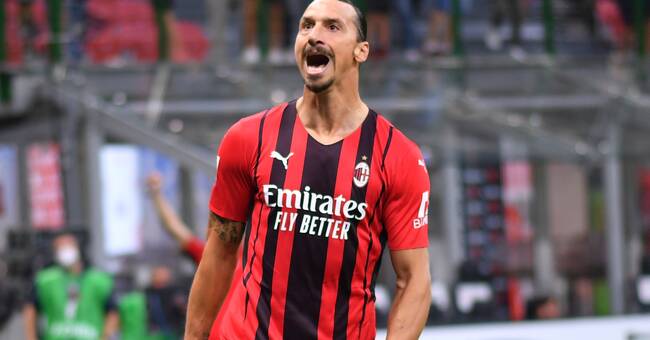 Zlatan Ibrahimovic has had problems with a hamstring in recent weeks.

But when Milan hosted Hellas Verona at the San Siro last Saturday, the Swede was back in action.

He jumped into the 77th minute in a match that the red-blacks managed to turn to 3-2, after a 0-2 defeat.

Milan will play the third Champions League match of the season tomorrow and the 40-year-old will start on the bench.

- He's better, but he's not ready to play from the first minute.

He played for 15 minutes last Saturday and is ready to increase the number of minutes, but I do not think we have that much more in our legs, says Pioli during a press conference according to the Football Channel.

Milan have lost the first two matches of the tournament.

Against Porto, the team is under pressure to win.

- It is a long way to go to reach greatness, but we are on the right track.

There are still many steps we need to take, just like tomorrow's match.

The team finally wants to achieve a positive result in the Champions League, says the coach.

Ibrahimovic has not yet played in the Champions League this season.

ARCHIVE: Italian journalist about Zlatan: "No longer the god he was" (September 20, 2021)