Gerhardsson on the World Cup plan: "Not very interested"

The proposal that the World Cup should be held every two years is a hot potato in the football world. One who, on the other hand, is not particularly committed is the women's national team's national team captain Peter Gerhardsson. - I can not say that I am particularly interested. I am more interested in the training and the match on Thursday, he says. 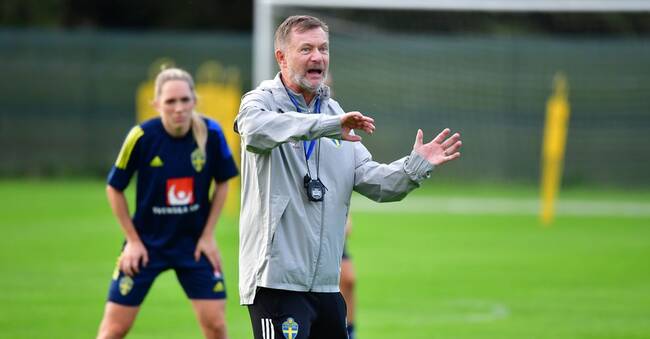 The International Football Association Fifa has proposed that the World Cup for men and women be held every two years.

Both the European Football Association (UEFA), the International Olympic Committee (IOC), coaches and players' organizations have criticized the proposal.

Former United States women's captain Jill Ellis is leading the work around the World Cup for women, and she is happy to see it played every two years.

- It would be an advantage to hold a World Cup every two years.

It would increase the importance of women's football and take the sport to a higher level, she says according to TT.

- I do not know when it would be introduced and I do not even know if I am here then.

Should that be the case or if a decision is approaching, maybe you will be introduced a little more.

But I can not say that I am particularly interested.

I am more interested in the training and the match on Thursday, says Gerhardsson who is currently in Dublin before the World Cup qualifier against Ireland.

Gerhardsson says that he does not really know who will decide in the end - but that club team football could probably oppose the proposal.

- On the women's side, we borrow players from clubs.

We are positive that the Champions League will be expanded so that it will be something that both adds money to women's football but also that they get tough matches.

It's good and you should have this ... I do not know, but I doubt the clubs would allow it.

Then I do not know how much they have to say about, he says.

Peter Gerhardsson: "They got an applause - then we were done" Photo: Bildbyrån