Watch.. the Lazio player wanted to celebrate his team's victory, so he jumped on the back of the opposing player

Lazio defender Luiz Felipe has apologized after jumping on the back of Argentine striker Joaquin Correa during Lazio's 3-1 Serie A win, and said he wanted to hug his former teammate. 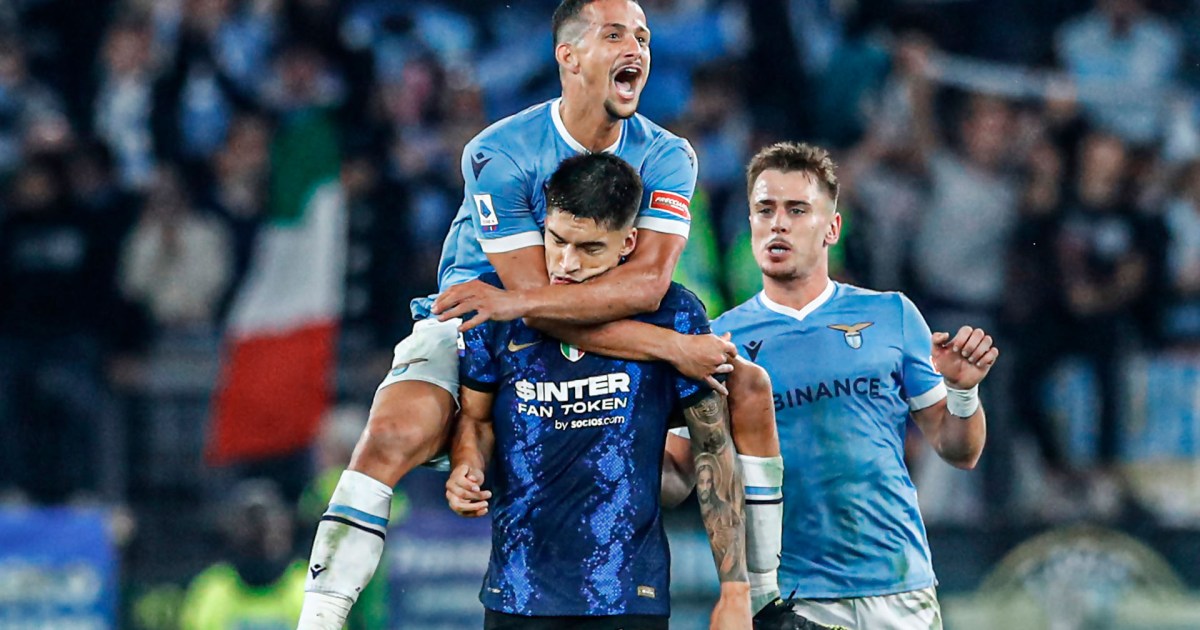 Lazio's Brazilian defender Luiz Felipe has apologized for jumping on the back of Inter Milan's Joaquin Correa during Lazio's 3-1 Serie A win on Saturday, and said he wanted to hug his former friend and teammate but he misjudged the moment.

The Brazilian player received a red card after the final whistle for jumping on the back of his friend, who left Lazio at the end of last season, as Lazio came from behind with a goal to beat the Italian champions in an exciting match at the Olympic Stadium.

However, Correa's response was violent, so he pushed the Brazilian player strongly, and the Inter players were angry when Lazio advanced with a goal while one of the players fell on the field due to injury, and clashes occurred after the goal, and after the final whistle.

The Argentine striker Correa - better known as (Toko) - was angry at Felipe's behavior, and the referee's decision to display the red card caused the Lazio player to cry.

Luiz Felipe got sent off for celebrating Lazio's win against Inter with Joaquin Correa, his former teammate.

Elite football shithousery but he paid for it 😬#Naijafootballtalk pic.twitter.com/eCiOrRNQqP

"At the end of the match I jumped on Toko's shoulder because he is among my best football friends, our families are friends and he and I are best friends," Felipe wrote on Instagram, along with several photos of him with Korea.

"What I wanted was to hug and caress him over the outcome, as our friendship allows, but I was really excited."

"Maybe judging by what happened it wasn't the right time or the right place. I apologize to anyone who might be offended by what happened, and I want to make it clear that I wasn't trying to show disrespect for him, the other players or Inter and their ardent fans. innocent of someone who has a strong relationship with Tuco."

Correa said that Felipe made a mistake, and the Inter player added, "My friend Luiz definitely made a mistake in his behavior and timing, and at the moment of the event this was my reaction. I never wished that would happen, but now we all have to forget what happened."