Irish Premier League goalkeeper Aaron McCurry was shown a red card for hitting teammate Bobby Burns during the 2-2 draw with Coleraine on Saturday. 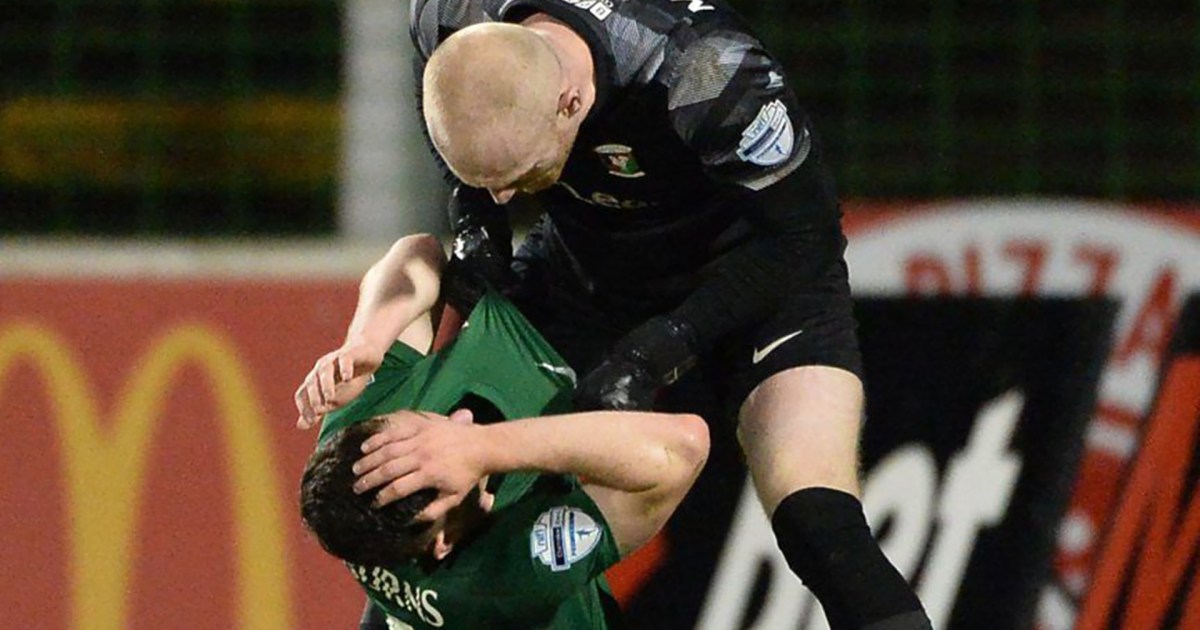 Irish Premier League goalkeeper Aaron McCurry was shown a red card for hitting teammate Bobby Burns during the 2-2 draw with Coleraine on Saturday.

After Kaher Friel scored the equalizer for Coleraine in the 80th minute, McCurry, 29, got angry and ran towards fellow defender Burns and grabbed him by his shirt forcefully as he pushed him, causing him to fall to the ground.

BIG TALKING POINT 😲@Glentoran goalkeeper Aaron McCarey sees red for lashing out at team-mate Bobby Burns during their side's 2-2 draw with Coleraine at the Oval.

With difficulty, a group of players managed to end this unique farce, and rid the defender of the lethality of his guard with it.

Glentoran coach Mick McDermott said after the game that Burns was not slapped in the face.

"I didn't see it at all at the time and only saw a narrow angle. I'm going to look at it, but Aaron put his hands up in the dressing room and said it shouldn't have happened," McDermott said of the incident.

"There is no disagreement here between the players. We have a tight-knit group so Bobby is angry, we are all angry and that's how it was after the goal."