The Malmö captain received a match penalty - in the first minute

Carl Söderberg's night against Skellefteå was short-lived. Skånelaget's center star tackled Oskar Nilsson in the back and went on a match penalty after only 54 seconds of play. 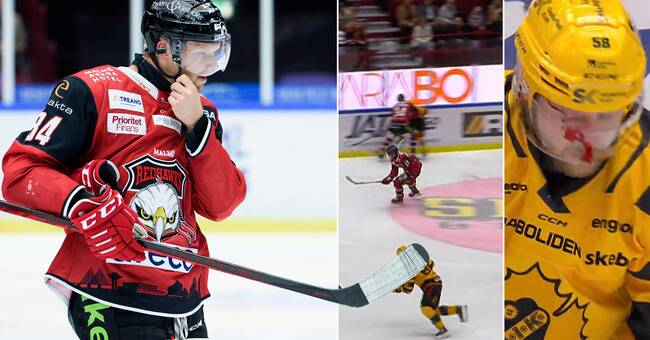 Maybe it was an overtaken Malmö captain who stepped out on the ice against Skellefteå on home ice.

Because before a minute was played, Carl Söderberg had pushed the guests' Oskar Nilsson into the rim.

Söderberg had to leave with a match penalty and Nilsson had to be reviewed after a real white penalty.

Nilsson was able to continue playing in the match after the blow.

It was an exciting battle where Marcus Sylvegård long looked to be a three-point hero for the Scanians.

But with two minutes left to play, Joakim Lindström pushed in the equalizer.

But Sylvegård would have the last word.

For the match went to extra time and also penalties where the team initially took turns not to get in the puck.

In the end, Sylvegård stepped in and decided for Malmö who picked up the extra points.