The climber Sílvia Vidal and her 33 days hanging alone on a wall: "The most difficult thing is to be isolated"

&amp; quot; In solitude lies the biggest difference. A loneliness that communicates a lot &amp; quot ;. Loneliness. Sílvia Vidal speaks of loneliness and she does so after discovering it, living together ... 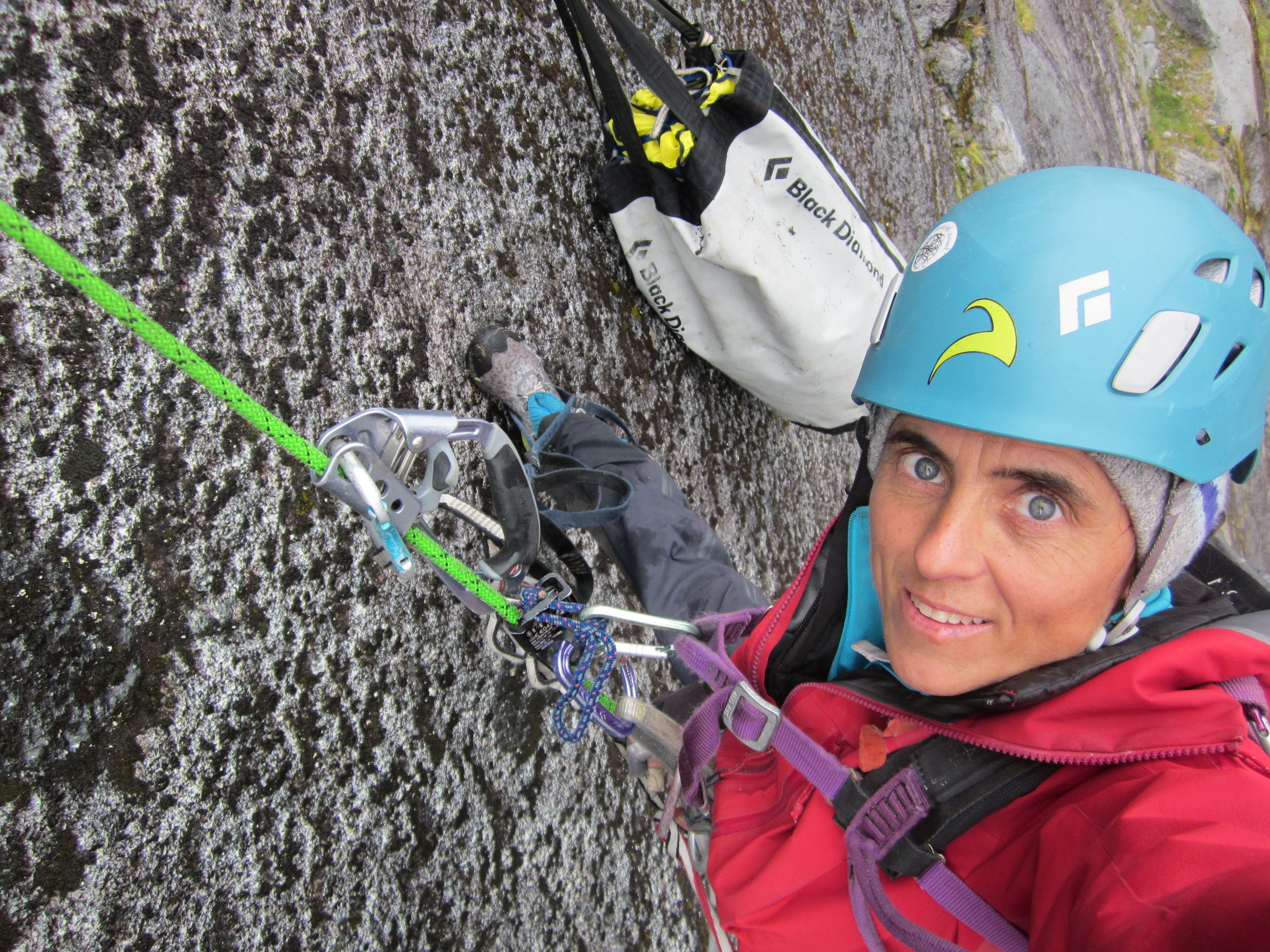 "In solitude lies the biggest difference. A solitude that communicates a lot".

of loneliness and she does so after discovering it, living with it, suffering it, facing it, searching for it. On her expeditions, she can be completely alone for more than a month on a 200 x 80-centimeter hammock hanging from a ledge many meters above the ground. His is the climbing of great walls alone and solo means alone. Without company, but also without telephone, without GPS, without radio and without any other device that could interfere with the ascent you are doing. Although that loneliness also has a cost.

"The biggest challenge of being isolated for weeks is not having a weather forecast, which would allow me a more accurate logistics. I feel very close to my families and friends, I feel that they are there supporting every step I take, despite the physical distance ".

Sílvia Vidal is a reference in climbing and, in certain areas, practically a myth.

This November she will become the first Spanish to receive a

, the most prestigious awards in mountaineering, "for her impressive feats of resistance" on walls around the world, such as the west face of Cerro Chileno Grande, in Chile, where last year it opened a new 1,180-meter road (A3 + / 6a +)

But for the general public she is a stranger.

And it's nobody's fault: it's intentional.

Unlike most of his colleagues, Vidal does not support himself through sponsors, nor does he publicize his challenges, nor is he usually recorded or photographed while climbing. The

that sparked around his specialty after the 2018 success

didn't even touch him. She covers the expenses of her expeditions through the talks she offers at mountain festivals, in companies or in institutes and for the rest of her life she prefers not to speak. In fact, he prefers not to comment on the documentary 'Free Solo' itself, about the success of climbing at the recent

or about possible gender differences in climbing.

"[This way of understanding escalation] is being lost and it seems that we will still see more technology applied in any field. But who knows. Maybe at some other time another rhythm will be prioritized."

Not a book in the backpack

As he recounted in conversation via email with EL MUNDO, Vidal, 50, born in Barcelona, ​​started climbing when he was studying INEF and was invited to participate in an adventure raid, that is, a week in the mountains doing trail , MTB, orienteering, rafting, climbing ... She liked it and a couple of years she went from not knowing how to use an ice ax to winning the Spanish Golden Ice Ax in 1996 for the best mountaineer in the country for her first major project, in the

. Then there would be trips to Alaska, Canada, India, Mali, Pakistan or Peru always alone, although according to points he is not a particularly lonely person.

In one of his last expeditions, in Alaska, he had to walk about 540 kilometers carrying 150 kilos in 25-kilo packages so he measured every last gram with a magnifying glass.

To eat hung on a wall for more than a month, you just need

and vitamin supplements, and leisure, nothing at all.

Some of his first ascents did take a book, but now not even that.

Climbing is the important thing in your adventures, even if a global pandemic breaks out while you are up there, as happened last year in Chile.

"Whenever I return from an expedition, it is difficult for me to acclimatize to civilization again. This time it was easier because we were all trying to assimilate a major change in our lives. And to this day I continue to try to fit in this new world."

MountaineeringThe great enigma about the first ascent to Everest: What if it happened 29 years before?