Salah leads Liverpool to a sweeping victory over Watford.. A mythical goal and a charming pass for the Egyptian king

The Egyptian Mohamed Salah and the Brazilian Roberto Firmino led their team to a sweeping victory over Watford by 5-0 on Saturday in the opening matches of the eighth stage of the Premier League. 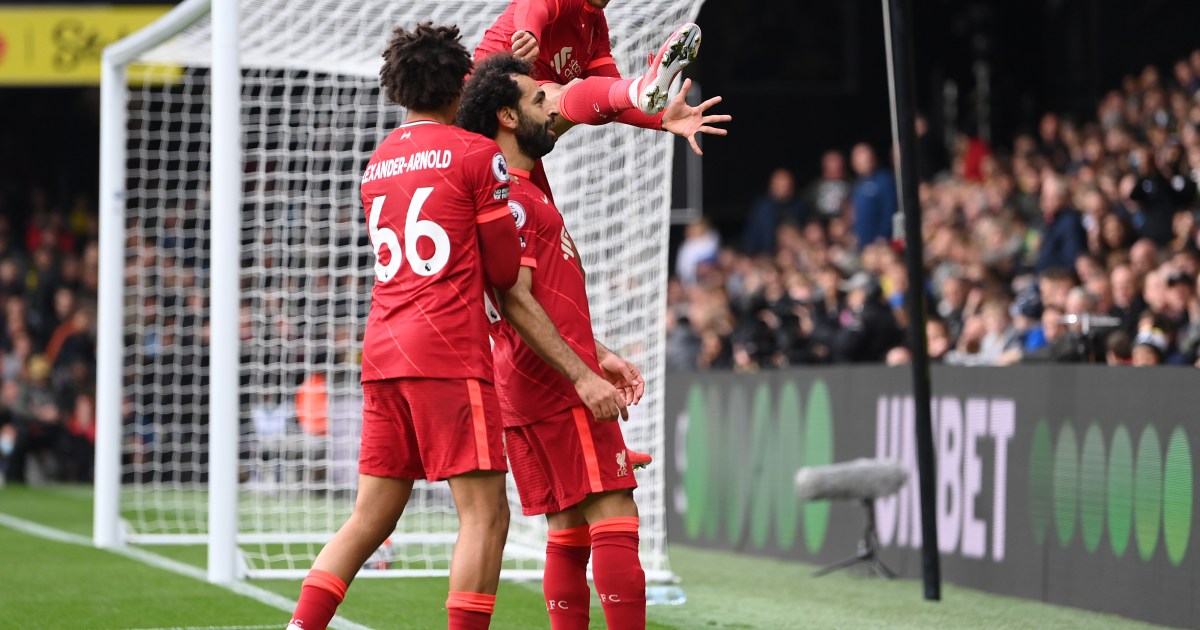 Egyptian star Mohamed Salah continued to make history in the English Premier League, and his hobby of scoring and creating goals;

He scored a goal and made another for his Brazilian teammate, Roberto Firmino, who scored 3 goals (hat-trick) to lead their Liverpool team to a 5-0 victory over Watford today, Saturday, in the opening matches of the eighth stage of the competition.

Salah scored the fourth goal for his team, Liverpool, against its host Watford today;

Mane's goal came in the ninth minute of the match after a charming pass from Salah, then the "Egyptian King" scored his 104th goal 9 minutes after the start of the second half.

Salah can be alone at the top of the list of the best African scorers in the English Premier League through any other goal he scores for Liverpool.

Liverpool ended the first half with two goals scored by Mane (9) and Firmino (37).

In the second half, Firmino and Salah added two goals for Liverpool (52 and 54), before Firmino finished scoring in the match with his third goal, the fifth for the team in the first minute of overtime for the match.

Liverpool raised its score to 18 points to top the competition table, two points ahead of Chelsea, pending the results of the rest of the stage matches.

Watford's balance froze at 7 points in 15th place, after suffering the second defeat in a row.

I assisted Salah and finished Mane 😰.

A goal on Mo Salah's road only 🇪🇬👑pic.twitter.com/EeP5rd9ZY9