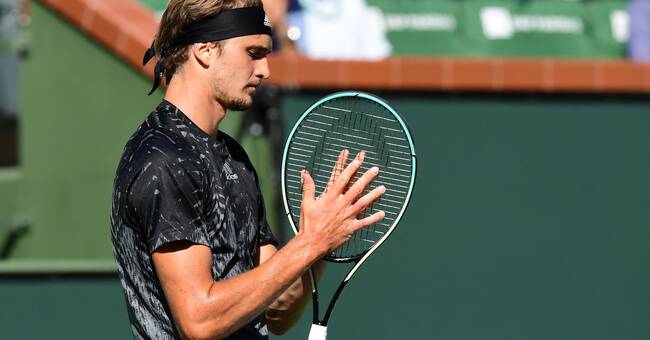 When Zverev led 5-2 in the arbitration set, the road to the semifinals looked straight for the world four, who were seeded third in the tournament in California.

But Fritz took advantage of the large crowd support and forced a tiebreak.

- I continued to fight and that the audience supported me meant so much.

It was the biggest win of my career, says Fritz according to AP.

There are no top 20 seeded players left in the semifinals.

Zverev will play in Vienna on October 25

In the match before, second-seeded Stefanos Tsitsipas had been knocked out by Georgian Nikoloz Basiashvili with 4-6.6-2.4-6 and Zverev felt that the favorite had slipped into his favor, something he failed to take advantage of.

- To be honest, it was not my day today.

I was close to winning but my level was not really there and right now I just want to go home.

It has been a long season, says Zverev, who has Monte Carlo as a base between the competitions.

On October 25 (final October 31), Zverev will play in Vienna and he is the big poster name in a strong starting field in the Stockholm Open November 7-13.