Milan got off to a nightmare start in the meeting with Verona - just like last year. Then it took 19 minutes before it was 0-2 - tonight it took 24 minutes. But just like last year, MIlan turned around. With three goals in the second half, the home team is on its way to victory. Zlatan Ibrahimovic was given a chance to change things around. 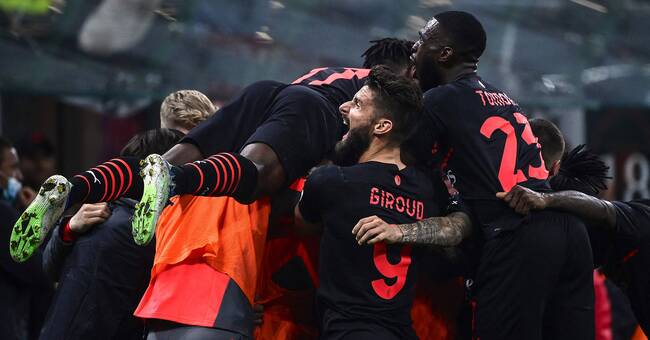 Milan have never lost at home to Verona but last year they were close to a loss.

At that, Zlatan Ibrahimovic was noted down for a hat trick!

This time they turned around without Zlatan's help.

Already in the seventh minute came the first shock for the home team when Verona won a header duel outside Milan's penalty area.

The ball to Gianluca Caprari who could shoot in 1-0.

2-0 came on penalty after a long VAR review.

It was Alessio Romagnoli who tore down Nikola Kalinic in the penalty area but it was difficult to see how it all went when both fell.

The referee's first verdict that it was a penalty quarter after VAR had had his say and the 2-0 ball was hit by Antonin Barak.

New power in the second half

Two substitutions at the break gave Milan new strength and the reduction came on the nod of Olivier Giroud on a post by Rafael Leao.

Milan then chased another goal.

And when Zlatan was just about to enter the field, the equalizer came - in the 76th minute.

Milan got a penalty and Franck Kessie rolled in coolly 2-2 from eleven meters.

Zlatan Ibrahimovic, who was part of Milan's squad for the first time since suffering a hamstring injury in the meeting with Lazio in September, was substituted in the 77th minute, just after the equalizer.

And it took barely a minute before Milan had made it 3-2 but it was not Zlatan who did it but instead the audience at the San Siro got to see a strange own goal.

Koray Günter suffered a concussion when he missed a clearance and put the ball in his own goal.

The match is in progress