Manchester United flew to the away match - for ten minutes

Manchester United took the flight to Saturday's away match against Leicester - 170 km away. The flight took ten minutes. Now the Premier League club has to defend itself. 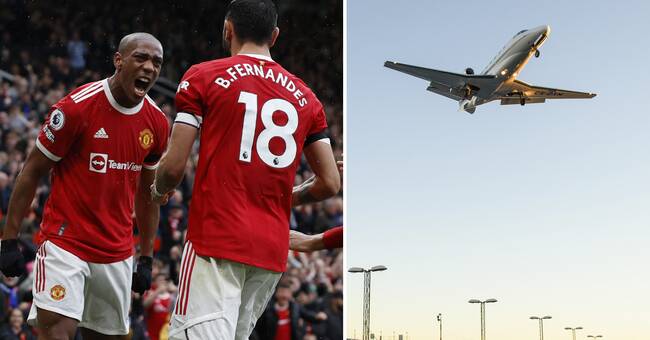 Sustainability and climate crisis are concepts that the football world is also trying to embrace.

Unnecessary air travel is one of the major climate culprits.

Now Manchester United have ended up in bad weather since the newspaper The Sun revealed that the club took its own plane to Leicester on Friday before the away match in the Premier League.

The distance between Manchester and Leicester road is 170 km.

The flight is said to have taken ten minutes and the criticism has therefore not been long in coming.

Did not want to get stuck in traffic jams

However, Manchester United tells the BBC that the club chose to fly to the away match due to the risk of getting stuck in traffic jams on the motorway to Leicester.

The club also defends itself by saying that every flight is climate-compensated and that the work to become more climate-smart in everyday life has led to large savings in carbon dioxide emissions.

As Manchester United lack both injured midfielders Harry Maguire and Raphael Varane, Victor Nilsson Lindelöf is expected to get the chance from the start in the match which starts at 16 o'clock.

Jurgen Klopp, coach of Liverpool in the Premier League.