Manchester City regained the tone of victories in the English Premier League and returned to pressure on Liverpool and Chelsea with a precious 2-0 victory over Burnley today, Saturday, in the eighth stage of the competition. 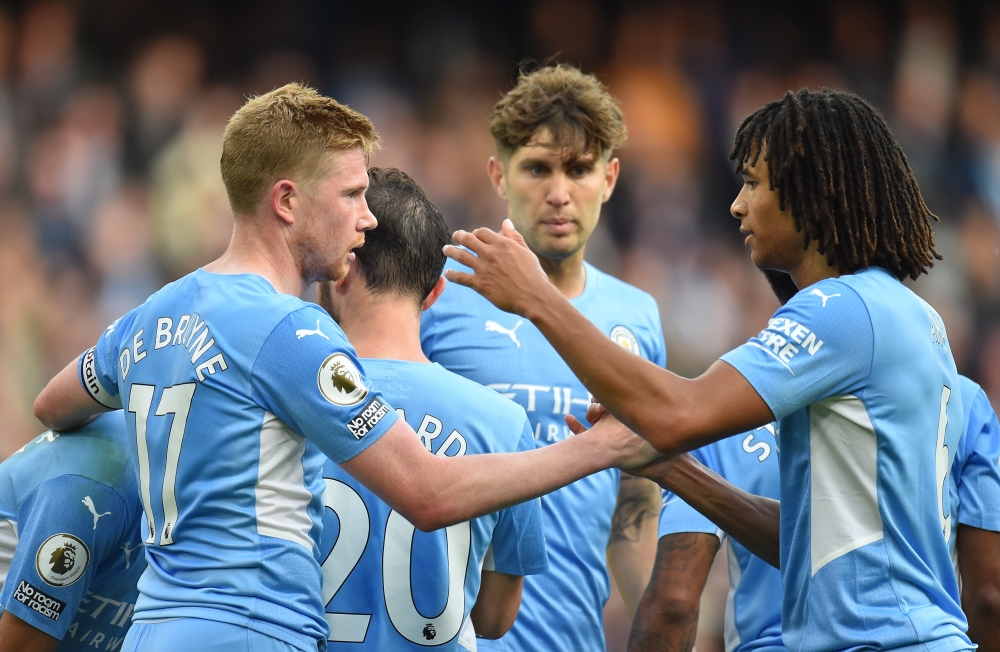 Manchester City regained the tone of victories in the English Football League and returned to pressure on Liverpool and Chelsea with a precious 2-0 victory over Burnley today, Saturday, in the eighth stage of the competition.

On the other hand, Manchester United continued its poor results in the competition and doubled the pressure on its coach, Ole Gunnar Solskjaer, with a 4-2 defeat at Leicester City.

At the "Al Ittihad" stadium in Manchester, Manchester City escaped from the trap of the lumpy defense of Burnley and achieved a deserved victory 2-0 over its guest, raising its score to 17 points and advancing to second place in the competition table temporarily, while Burnley's balance froze at three points after failing again to achieve any victory competition this season.

Manchester City finished the first half in their favour, with a clean goal scored by Bernardo Silva in the 12th minute.

In the second half, Belgian Kevin De Bruyne scored the second goal for Manchester City in the 70th minute, knowing that it was his 70th goal with the team.

At the King Power Stadium, Manchester United continued its poor results in the tournament, losing 2/3 to its host, Leicester City, to freeze its balance at 14 points in fourth place, and Leicester's balance rose to 11 points, knowing that it achieved its first victory in its last five matches in the competition. .

Manchester United was the first to score through Mason Greenwood in the 19th minute, but Leicester responded with a goal through Yuri Tielemans in the 31st minute, ending the first half with a 1-1 tie.

In the second half, Leicester advanced with a goal scored by Caglar Soyuncu in the 79th minute, and Marcus Rashford equalized for Manchester United in the 82nd minute, before striker Jamie Vardy scored the lead for Leicester in the 83rd minute, while Patson Dhaka scored the fourth goal for Leicester in stoppage time.