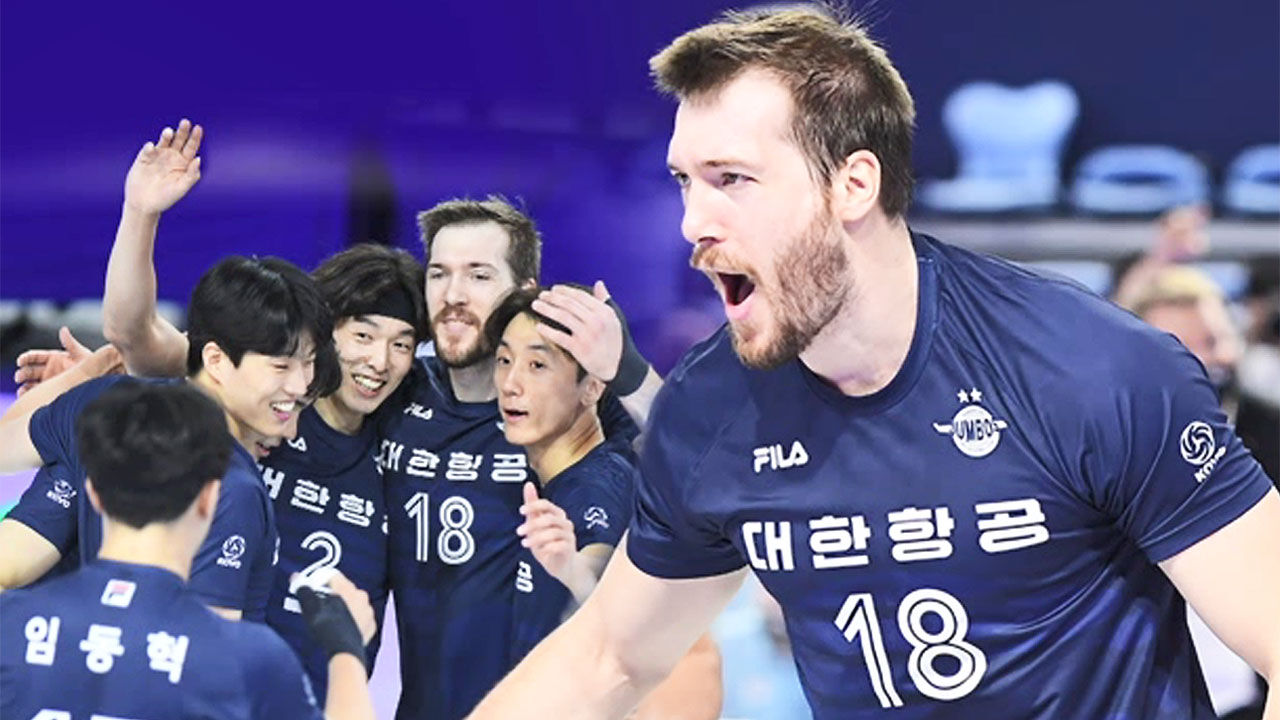 Despite the absence of Jung Ji-seok, a key player on the team who is being investigated by the police for an unfortunate incident, the 'defending champion' Korean Air showed off its unwavering power.

Lincoln, a new foreign player from Australia, had a strong presence even before his debut.

Lincoln scored 31 points, the most for both teams, with an attack success rate of over 70 percent, blocking 4 points, and adding 3 sub-aces, even writing a triple crown.

The ball that ran to the end without giving up and saved it was sometimes linked to a lucky goal.

Korean Air, which showed its power until Lim Dong-hyuk, who scored 19 points, defeated Woori Card, which is considered a strong candidate for the championship this season, 3-1 from the opening game.

The youngest manager in history at 34 years old, two years younger than the main setter, Tilikainen, made his V-League debut with a victory.

Today (16th), the men's and women's opening match was played without spectators, but from next week, limited spectators are allowed.