Is this the season's save in the SHL? Leksand's goalkeeper Kasimir Kaskisuo throws out the picking glove and robs Örebro's Oliver Eklind on a - what many thought was - given goal. 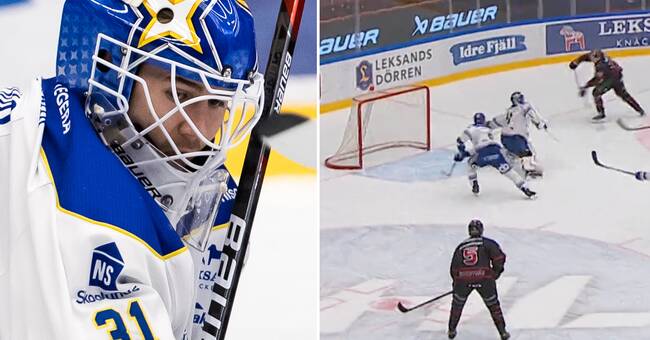 A strong Leksand with five straight victories in the SHL took on Örebro on Saturday afternoon.

It was a goalless story and in the first period it was a lot about Örebro against Leksand's strong goalkeeper, Kasimir Kaskisuo.

The Finn between the posts made several spectacular saves and the hottest of them all you can see in the player above.

There, Kaskisuo looks to be lost when Oliver Eklind gets the chance from close range, but where the goalkeeper comes back and pinches the puck with the picking glove.

The first goal of the match came instead when Mikael Ruohomaa in the second period had the puck behind Örebro's goal.

Back Patrik Norén filled in offensively, snuck up in front of the ÖHK goal and got a pass that he could push into the net to 1-0.

That was also the position in Tegera Arena after 40 minutes.

But Patrik Norén - who is not a directly used goal scorer - had more going on tonight.

Seven minutes from the end, it was he who via a hard shot could extend the Masers' lead to 2-0.

Örebro was never really close after that.

The close team prevailed with two shots on goal in the third period.

The numbers were written to 2-0 and Kasimir Kaskisuo kept his first zero in the SHL.