Is it time for Solskjaer to leave Manchester United?

A huge disappointment and an unexpected shock for the Manchester United fans, after their team lost to Leicester City 4-2 in the English Premier League. 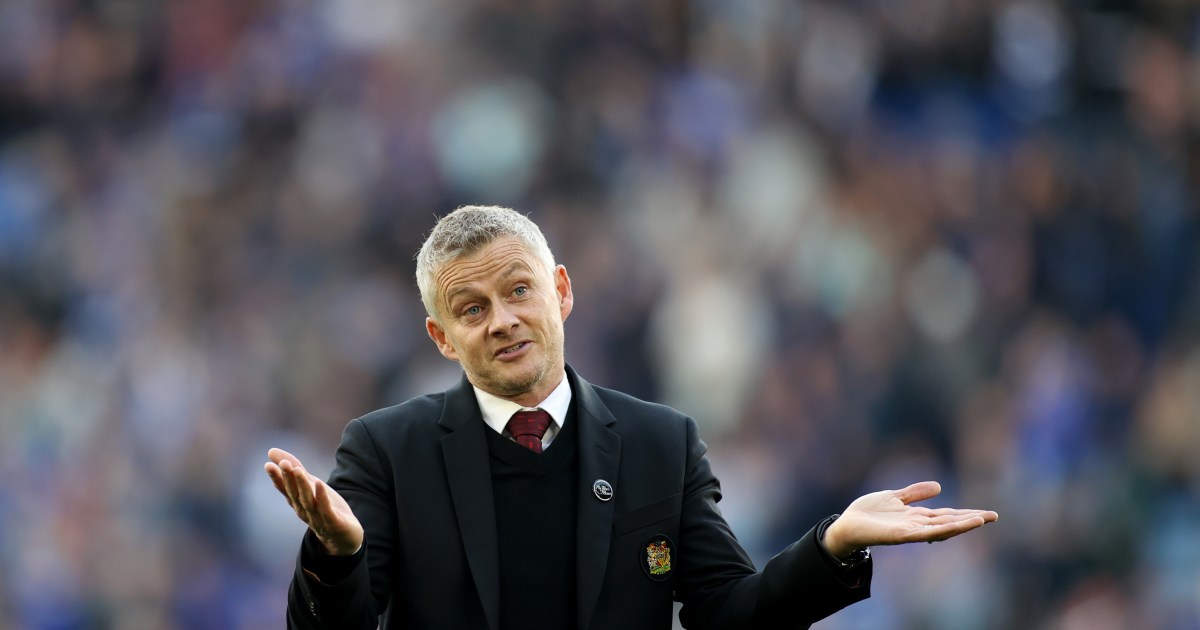 A huge disappointment and an unexpected shock for the Manchester United fans, after their team lost to Leicester City 4-2 in the English Premier League.

This loss means that the "Red Devils" team lost 3 consecutive matches in the Premier League, tied one match and won another in the last five matches, and even the only victory against Villarreal was a weak performance, and all of this will increase the pressure on coach Ole Gunnar Solskjaer.

The coach, who has won 6 victories in 15 matches, is considered the worst of his career among coaches, such as Louis van Gaal, Jose Mourinho and David Moyes, who were previously sacked.

Although "Manio" signed players such as Jadon Sancho, Cristiano Ronaldo and Raphael Varane, he lost with the Swiss Young Boys in the Champions League and beat West Ham after the latter missed a penalty kick in the last minute of the match, and lost in his stronghold against Aston Villa, and won "by luck". Against Villarreal, he drew with Everton, lost to Leicester City, and kept only one clean sheet in 19 games.

Many believe that United's squad full of players needs an experienced coach with a greater history than Solskjaer, who has been in charge of the team since December 2018 and has not won any title.

After the loss, Solskjaer blamed himself for the poor performance during the 4-2 defeat at Leicester City.

United did not maintain its lead with a goal, and found itself behind 2-1, and despite the equalizer, Leicester scored two goals near the end to emerge victorious.

This is the first loss for United away from home in the league after 29 consecutive matches, raising doubts about the possibility of competing for the league title for the first time since 2013, when he was crowned at the time with veteran coach Alex Ferguson.

"We conceded the four goals poorly," Solskjaer told Sky Sports. "Given the way we played, we don't deserve to continue to maintain our unbeaten away record."

He added, "I choose the squad. Harry Maguire did not suffer from any effects of the injury, and I take responsibility in the event that the selection did not work. It is possible that I made some wrong decisions."

"Recently our level is not good, we lost a lot of points, and this is something we have to try to fix. Maybe we should make changes, do we need more players? What do we need?"

Maguire, who suffered a leg injury during the 1-0 loss to Aston Villa last month, was a candidate to miss the Leicester match, but he returned to the starting line-up and appeared modestly against his former team.

Cristiano Ronaldo also did not appear well and lacked the decisive touch, and Jadon Sancho, who joined a huge deal this season, failed to make an impression, and he went out in the second half and Marcus Rashford participated in his place.

But strangely enough, Rashford, who made his first match since undergoing shoulder surgery in August, did better and scored a 2-2 equalizer in the 82nd minute.

But United collapsed in the last moments, the mediocre defense cost them a loss, and Solskjaer believes that the host really deserved to win.

"I'm not going to make any excuses for the team I brought in. They are top class players and we didn't play well. The performance was not good and it's frustrating to concede two goals from free kicks," the Norwegian coach said.

"The only positive thing is that Marcos is back. He's in good physical shape and he was decisive, which is a huge advantage."