Dzanan Musa, the war boy who was compared to Doncic, relaunches his career in Breogán

In the Pazo dos Deportes they vibrate again with the ACB, that sky that they grab and escape over and over again. They dream of past times, of distant idols, like when Claude ... 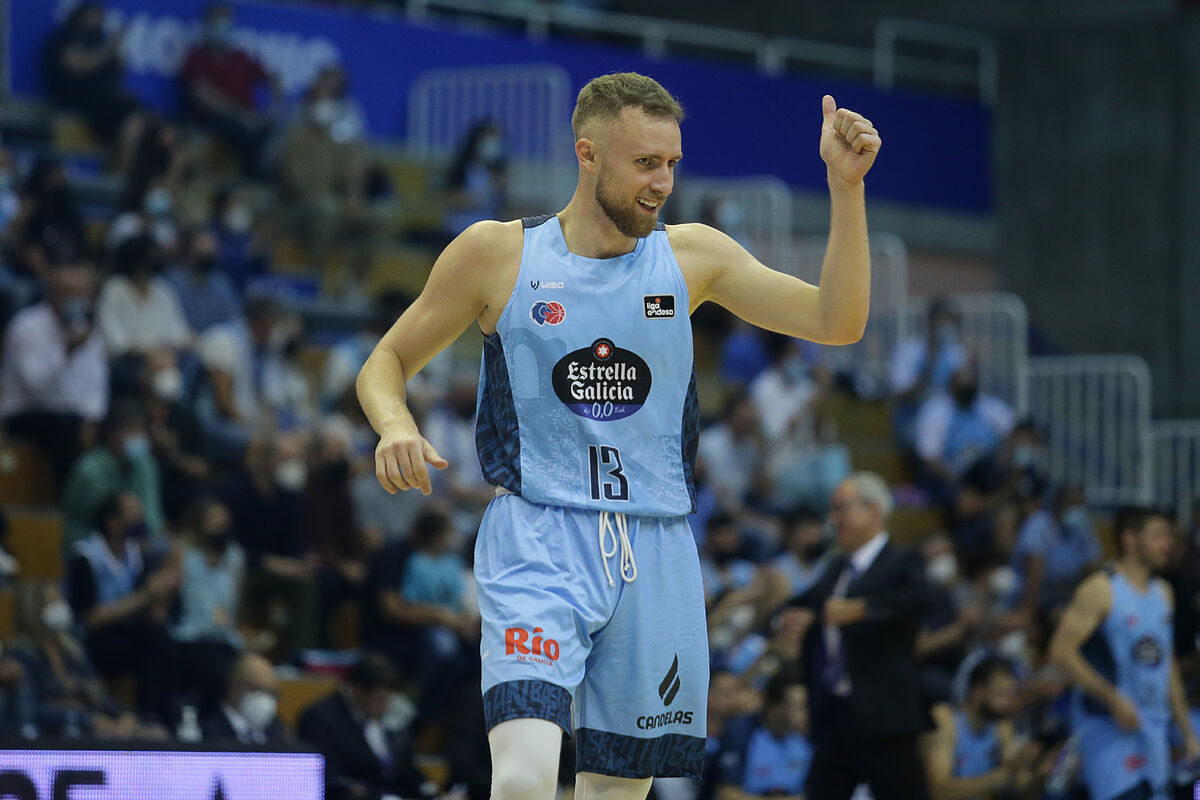 In the Pazo dos Deportes they vibrate again with the ACB, that sky that they grab and escape over and over again. They dream of bygone times, with distant idols, like when

did dunks on his back in the 80s and then walked with a cowboy hat through the center of Lugo. And they open their eyes, again at the top of national basketball, and they find a pearl that makes them stand up, as did

. A dapper Bosnian forward, tall as a reed, 22 years old and already a legend behind him.

(Bihac, Bosnia, 1999) has lived a thousand battles. The child prodigy who matched his name without embarrassment to that of

, who debuted in the Euroleague at 16, who at 18 left for the NBA. Also the failed pearl, another broken toy, back to Europe, where last season he could not meet again at Anadolu Efes. And now in a small Galician city that he had surely never heard of and that he already likes even octopus. From Brooklyn to Istanbul, final destination Lugo.

And there, where destiny and his powerful agency of representation brought him - that of the powerful

"I am living one of the happiest moments of my life," he assured a few days ago in

That was what it was all about.

After so many jumps forward without a net, a step back like a spring.

And the newly promoted rubs his hands, although it is not clear how long that talent that is made for greater battles will last.

His father, a soldier

Because he appeared in the ACB with a game to mark territory, 25 points (35 valuation) with four triples without failure against Tenerife. After five rounds, he is the eighth in scoring in the League (16.2 points) and the 13th in valuation, hitting more than half of the triples attempted (9 of 17). This Sunday he threatens

, three victories in five days as a letter of introduction.

Musa is a precocious genius who at the age of 11 left home and went to Sarajevo in search of a life in basketball. He made his debut with 15 at

, he was put to defend

. His fame was comparable to that of

, who is now his great friend, his confidant. In the Eurobasket under 17 in Zaragoza he confirmed the rumors, with 50 points against Taipei, but even more with the historical gold of Bosnia.

Although he was born long after the war (1999), Dzanan considers that the conflict in the Balkans marked him. Perhaps that's where his reputation as a rebel: in a match with Bosnia he was about to come to blows with the captain,

. His father, Raomir, was a soldier. "That horrible conflict gave us character, made us stronger," he says, about all Yugoslavs. It was in a documentary with Doncic -'Something in the water-, the same one in which he confesses that as a young man he was insulted for being a Muslim. Both precocious in the NBA, while Luka triumphed, Dzanan sank to the bottom of the bench, nine games with the

"It is possible that it was a mistake to leave so young," he admits now, when the triples come back in, when he goes crazy again in the stands, when he feels like a basketball player again.

Basketball That lanky boy, this "Renaissance man": the legend of Pau Gasol