"Vitoria will not rush in the derby": Kovtun on the rise of "Spartak", Umyarov's injury and problems in defense

In the match between Spartak and Dynamo in the 11th round of the RPL, everything will be decided by the individual skill of individual performers. This was stated in an interview with RT by the former footballer of both teams, Yuri Kovtun. In his opinion, the points scored in the capital derby are especially helpful at the end of the season. The coach also spoke about the transition of the red and white to a scheme with three central defenders, suggested that they would approach the game in a better mood, and explained why Nail Umyarov's injury could be fatal for ten-time Russian champions. 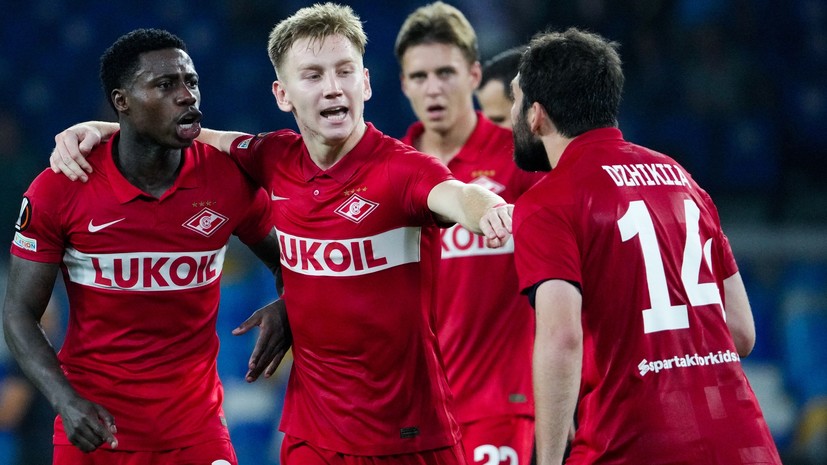 - "Spartak" scored a good move and in September-October won three victories in a row in all tournaments.

Could a pause for the national teams' matches go to the detriment of the red and white and knock their mood on the eve of the derby?

- This issue is always resolved when everyone returns to the location of the club. Then Rui Vitoria and Sandro Schwartz will have a complete understanding of the state of their charges. If we are talking about the players of the Russian national team, then they played a match with Slovenia on Monday, that is, they received several days to recover. Plus, unlike the legionnaires, they know very well how important the derby is, and will do their best to enter the field. And now it is difficult to predict whether Spartak has knocked out the pause or not. We'll see after the final whistle. But I think the red and white are still in the best mood at the moment. Yet such victories as in Naples are not forgotten instantly.

- Can you call this a key derby for the team?

Indeed, if she wins, she will catch up with a direct competitor in the fight for medals, and defeat can return her to the bottom half of the table.

- From a strategic point of view, this is really a key match.

Everyone understands very well: the three points won in the derby are especially valuable and can do good at the end of the season.

And for the red and white, this is a great opportunity to even climb into the top three.

Much will depend on the choice of tactics for the game.

It is clear that Schwartz and Vitoria have studied each other perfectly, they know everything about strengths and weaknesses, since enough time has passed since the start of the season.

I think everything will be decided by the individual actions of individual performers.

- In recent matches, the Portuguese relied on a formation with three central defenders. In your opinion, on Saturday he will not look for good from good, or will he risk and exchange one of the defenders for a performer of another formation?

- It is important to understand that throughout his career he played a completely different formation - with two central defenders. He tried to do it in "Spartak" too, but there was no result. The return to the idea of ​​the times of Domenico Tedesco was largely forced. Probably, Vitoria will not rush in the derby. It makes no sense, as you said, to seek good from good. Much will depend on Dynamo's play, and the blue-and-white are very good on the flanks, where young technical Arsen Zakharyan and Denis Makarov are acting. Accordingly, the red and white will need a competent safety net in defense. A line-up with three center-backs will provide it. Plus, don't forget about Victor Moses and Ayrton on the edges. That is, the owners will be able to act in a compact manner.

- How would you rate Spartak's defensive play?

While there is a feeling that there are no fewer chances at the gates of Alexander Maksimenko.

- Football players just need time to play in this combination.

Defenders need to feel each other.

And Giorgi Jikia, Samuel Gigot and Maximiliano Kofrie had just a few meetings in such a combination.

We simply have no right to demand from people instant adaptation and one hundred percent reliability.

While the rivals of the red-white ones create chances regularly, and therefore maximum concentration is required in the derby.

- How would you rate Kofrie's actions in general?

Many fans called his transfer a mistake.

- It's not easy to draw conclusions on the first matches.

It can be seen that the guy is diligent, uncompromising, a fighter by nature.

Probably, the club saw some qualities in him, since they signed a contract.

Again, the Belgian needs time to get used to his partners.

I am sure that Maximiliano will still benefit Spartak.

- Moses and Ayrton regularly join attacks, but do not always have time to go back.

Could this be a problem for Spartak, given that it is in these zones that Dynamo are most dangerous?

- That is exactly why Vitoria with a high degree of probability will not change the formation with three central defenders.

When you have performers like Moses and Ayrton on the edges, you just need to provide them with a competent safety net.

Of course, Zakharyan and Makarov are individually very strong players.

And most importantly, they regularly play and do it successfully.

In no case should you leave them alone with your opponent.

- A number of injured footballers have returned to service at Spartak before the match against Dynamo.

But Nail Umyarov received an injury in the youth team.

Could his loss be fatal, given the form that he gained and the role that he began to play in recent meetings?

We all understood that it was time for Umyarov to grow up and mature, and this process finally began.

His absence is a serious blow to the team, especially since he played almost all the matches from the first minutes.

It is very difficult to guess who will replace the defensive midfielder.

There is another interesting young midfielder Ruslan Litvinov, who gave an assist in the match against Akhmat.

But we understand that Umyarov is great at closing the breakwater position and slowing down the opponent's attacks.

In many ways, his absence can be decisive.

- Are there any fears that with his loss in Spartak there will be no one to give the first pass from the center?

Roman Zobnin returned to service, but he is not strong in creation.

- The big question is, in what condition the latter is in general.

Yes, Zobnin recovered from his injury, but still missed some time.

And after damage, you can't get in shape instantly.

It is possible that Vitoria will choose another option altogether.

- Will also skip the game of Quincy Promes.

Jordan Larsson in his current state will be his equivalent replacement?

The reds and whites in these areas are also mobile.

Again, I repeat, the final choice will depend on the condition of the players after their arrival from the national teams.

- But this season the Swede lost his place at the base and stopped scoring.

According to media reports, he intends to leave the team.

Is it worth keeping the legionnaire in this case?

- As they say, there is no smoke without fire.

If such rumors have arisen, there are grounds.

But since he is in the team, it means that he must fulfill his duties one hundred percent.

A Swede should not look into the future now.

It is clear that we can only judge from the outside.

Only an individual conversation with Larsson can shed light on what is happening.

Perhaps, for example, the person received a lucrative offer.

In any case, if Jordan is going to leave, Vitoria knows about it and understands how to replace him.

Moreover, this season Spartak does well without a Scandinavian, although he is a good footballer.

- Taking into account the injuries of Ezequiel Ponce and Georgy Melkadze, Vitoria will have no choice but to bet on the attack on Alexander Sobolev.

Could this be forced to simplify the game of Muscovites?

- Of course, it will have an impact on the team.

But it is absolutely normal when trying to use the strengths of the forward.

I would not say that with the advent of Sobolev, Spartak's game will be radically restructured.

It's just that the flank defenders and attackers will receive certain tasks.

They can not help but understand that in front of them is now not Ponce, but a textured performer who knows how to coolly cling to the ball and throw it off to his partners.