RF base on the hockey conflict: "A Greek tragedy"

The Swedish Sports Confederation (RF) is critical of the fact that the Swedish Ice Hockey Federation does not follow the National Sports Board's decision to allow hockey ethn clubs to be exempted from the league organization. - It will be a bit of a Greek tragedy to sit and watch it, says RF chairman Björn Eriksson. 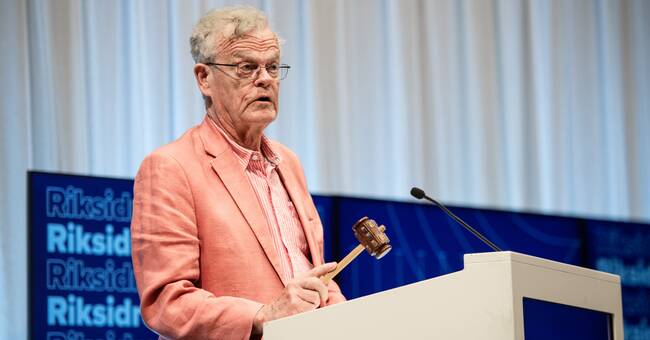 Eriksson tells TT that it has never happened before that a ruling by the sport's highest judging body Riksidrottsnämnden (Rin), which can be compared with the Supreme Court in civil cases, has not been followed.

- It is clear that it is worrying if you do not respect a court ruling.

But it must be said that this has nothing to do with RF.

The Swedish Sports Board is an independent structure that is elected by the members, the sports federations, says Eriksson.

RF will therefore not get involved in the issue, which is clarified in a letter to all sports federations, which TT has read.

The letter states, however, that in a meeting with the hockey association, they will call for a change in the association's competition rules, which they believe have shortcomings.

- The shortcomings are about, as far as we know, that the competition rules are not in accordance with current legal principles, says the RF base.

- We will probably hear more what the hockey association says at the meeting.

The signal coming from the National Sports Board is that they (the hockey association) should decide on the exemption application in question.

We slip into a very strange situation if it all leads to a conclusion not coming to an end and these associations being driven towards a kind of bankruptcy by not reaching a decision without delay.

It becomes a bit of a Greek tragedy to sit and watch it.

Eriksson says that RF can help the hockey association with what should be changed in their competition rules so that they are in line with the rules that other associations have, associations that have solved similar issues.

And you want a quick solution.

- We can not have a limbo-like situation where you do not come to a decision, or that the violation of Swedish legal principles remains.

The conflict is rooted in the interest group hockeyettan's agreement with the clubs and ATG regarding revenues for televised matches.

Boden, in the northern series, and Karlskrona, in the southern, have chosen to stand outside the central agreement as they themselves want the rights to the TV broadcasts.

They consider themselves making more money themselves than the central agreement provides.

Refused to go to the match

The Swedish Ice Hockey Association has previously tried to force Boden, who was the first to leave the collaboration, back, but the club was earlier this year right with Rin who stated that it violates the freedom of association in the European Convention to force the club into the collaboration.

- You can not force anyone to join an association and at the same time force them to give up financial rights, says Eriksson.

The 38 other teams in the elite have threatened not to play the away matches against Boden and Karlskrona as long as they are outside the agreement.

In the last week, two of the teams have refused to go to Boden and Karlskrona respectively.

TT has sought the ice hockey association's chairman Anders Larsson who does not want to comment before the meeting with RF.