Spanish tennis player Paula Badosa qualified for the Indian Wells semifinals on Thursday after beating German Angelique Kerber 6-4 and 7-5 in one hour and 26 minutes ... 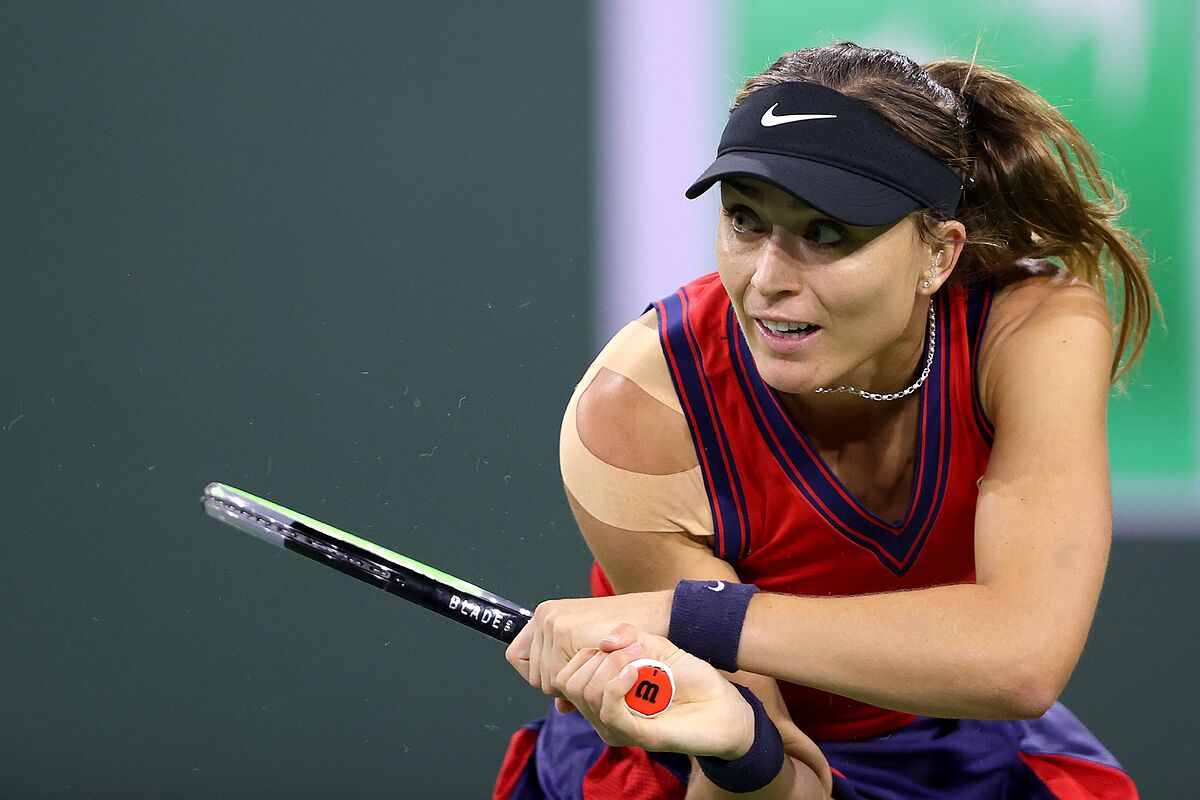 The Spanish will face Tunisian

"I am very excited. It is my second semifinal of a Masters 1000. The first was in Madrid (2021), which was a very special place. But here I am winning very good games," he said.

"Madrid could have been, be in quotation marks, a coincidence. But now it is no longer and I am happy to have shown that," she added.

"This means a lot to me. It's incredible," said on the court as soon as the game ended, a very smiling Badosa who could not quite believe what she had achieved.

She also explained that

the second set had been "very mental"

and said she had to "keep fighting" in order to beat the German.

and is now going through a very sweet moment that has taken her to the semifinals of the Californian desert tournament.

In today's match, Badosa had a very high-level rival:

tenth seed of the tournament, number 15 in the world and winner of three Grand Slam.

"I had never played against her. She is a very deceptive player and it is difficult to adapt because she has a very different game from the others. And I am very happy because I have adapted very well," said Badosa.

The first set was very even and Badosa knew how to take advantage of the mistakes of his rival in the decisive moment to finally take it 6-4.

In the second set, the 33-year-old Kerber

and had two match points at 5-2 to earn her ticket to the semifinals.

the German responded to the challenge,

winning the next three games and balancing the match (5-5).

Badosa admitted that at that point she became "very nervous."

"My head has played a trick on me. Seeing me one step away from the semifinals, I know that the WTA Finals is also at stake ...", he explained.

The Spanish said that she knew that Kerber was going to show up the level at the right time.

"She is a champion and the champions where they play best is at the limit," he said.

"But with 5-5, I have been able to play very well again and I am very happy to have changed the chip very quickly," she added.

When it seemed that the match was going to a "tie break",

with 6-5 in her favor and thus got a pass to the Indian Wells semifinals.

Regarding his rival in the semifinals on Saturday,

Badosa did not skimp on compliments.

"I've always said that Ons has a tremendous talent. For me, she is one

of the most talented on the circuit,

not to mention the most talented," she said of the world number 14 and Indian Wells twelfth favorite.

"The year he's doing does not surprise me at all. It's going to be a very tough game," he said.

Badosa has suffered some

problems in his right shoulder,

but today he clarified that he is simply "loaded" and that it is not something that "prevents" him from playing.

"Nothing is going to change me (in the semifinals). To continue taking care of him and to give the last effort," he closed.

Agassi, the father who demanded little Andre win "the Dragon"