Holland on the fight: "Will never apologize"

Peter Holland has received his verdict after the fight against Luleå. Now Djurgården can do without the Canadian star - who refuses to apologize for his actions. - I will never apologize for playing with passion, Holland tells Expressen. 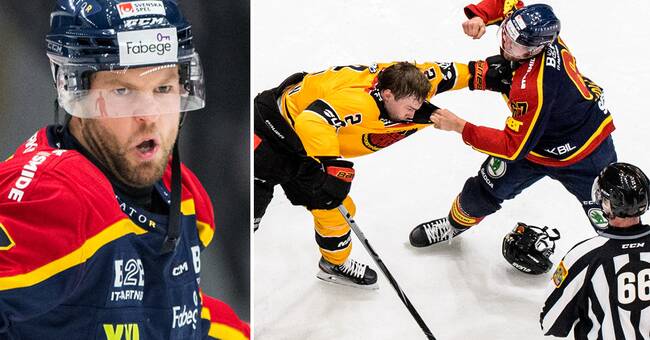 It was at the final signal of the first period between Djurgården and Luleå that it degenerated in front of Luleå's goal.

The visitors' defender, Fredrik Styrman, pushed the home team's Peter Holland away from his goalkeeper, from which Holland then began to crank.

Holland threw down the gloves, handed out several blows, received a match penalty and has now been suspended for four matches.

But despite this, the 30-year-old Canadian does not feel particularly remorseful after the incident.

- I did not want to remove myself from the match.

Had I known that, I probably would not have walked that path and reacted differently.

But I will never apologize for playing with passion, wanting to win and compete out there.

But I have to find another way to do it, says Holland to Expressen.

Did not know the rule

Holland says that he did not know that fights without gloves give match penalties in the SHL.

- It is a passionate game and I know that it is not an excuse not to know the rules but I have played in three leagues before: NHL, AHL and KHL where "fighting" has always been five minutes and nothing else.

I was not aware of the SHL rules, that fights are obviously seen harder and we all know what happened afterwards.

Djurgården is in the jumbo place in the SHL with a meager five recorded points in ten games played.

Opponents in these are Timrå, Oskarshamn, Örebro and Frölunda.

SVT Sport has been in contact with Luleå who do not want to comment on Holland's punishment, at the same time as they confirm that Fredrik Styrman has left the hospital and is home in Luleå again.

CLIP: The fight situation between Djurgården and Luleå (14 Oct 2021)