Here, Häcken's most loyal supporters sing for the team

Häcken lost the Champions League match away against Bayern Munich by a full 4-0. Despite this, two visiting supporters sang for the team as they left the arena. - We have screamed hoarsely the whole match, says supporter Robin Heed to SVT Sport. 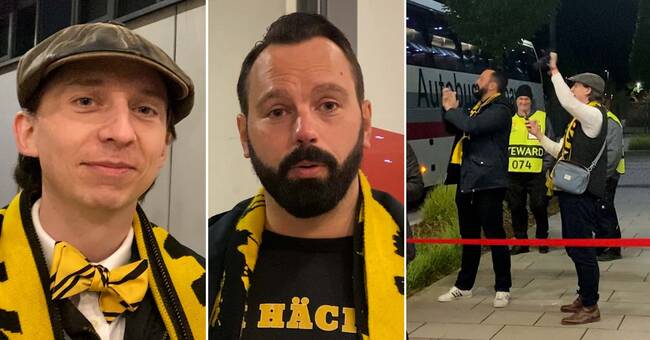 Swedish champion BK Häcken has had a tough start to the Champions League with two losses and no goals scored.

Despite that, the supporters Robin Heed and Johan Svensson, in place in Munich, were not particularly disappointed after tonight's match.

- Our team is in the Champions League.

It is great that we get to meet the biggest teams in Europe.

It is clear that we go and support, says Svensson.

- It is Häcken that we are passionate about.

We have been charging for two days and now we have been screaming hoarsely the whole match, says Heed.

The support during the away match in Germany is appreciated by the team.

- It is clear that it does a lot for us who flush.

It's nice of them to go here and support us.

It was fun to see, says Elin Rubensson.