After the fight: Holland is reported 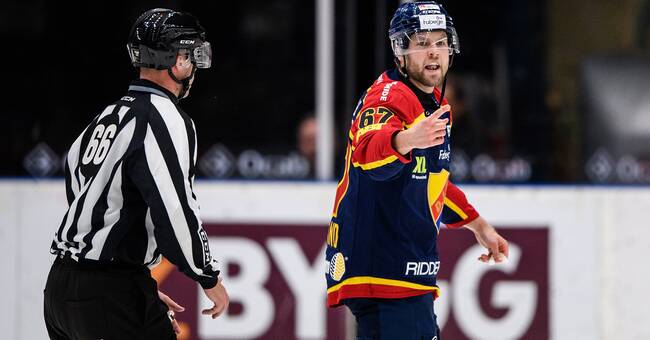 It was at the end of the first period in the meeting between Djurgården and Luleå that the home team's Peter Holland received a match penalty after throwing the gloves in a fight with Luleå's Fredrik Styrman.

"There is one second left of the first period and the goalkeeper blocks the puck in Luleå's defensive zone.

Luleå player no. 2 Fredrik Styrman hands out a crosschecking in the side of Djurgård player no. 67 Peter Holland who throws off both his gloves.

Holland pulls off Styrman's helmet and deals a blow to the head and then changes hands and strikes a hard blow straight in the face at Styrman.

The helmsman was taken to hospital

The helmsman, who was sent off for two minutes, was taken to hospital.

- He got two real slaps on the head.

I can not make a doctor's statement but he is in hospital now.

He does not feel well.

I have seen the situation and it is not okay anywhere, Luleå's assistant coach Henrik Stridh told Expressen yesterday.

Djurgården lost the match 4-6 and now has seven straight losses and is last in the SHL.

CLIP: Here he throws the gloves - Luleå player to hospital