The court ordered the defender of the French national team and Bayern Munich, Lucas Hernandez to return to Madrid to serve a six-month prison sentence. He must be punished for violating the ban on approaching his girlfriend, with whom he flew on the same plane from vacation. The episode took place back in mid-2017, and the ban was imposed at the beginning of the same year due to domestic violence, in which both Hernandez himself and his girlfriend were found guilty. 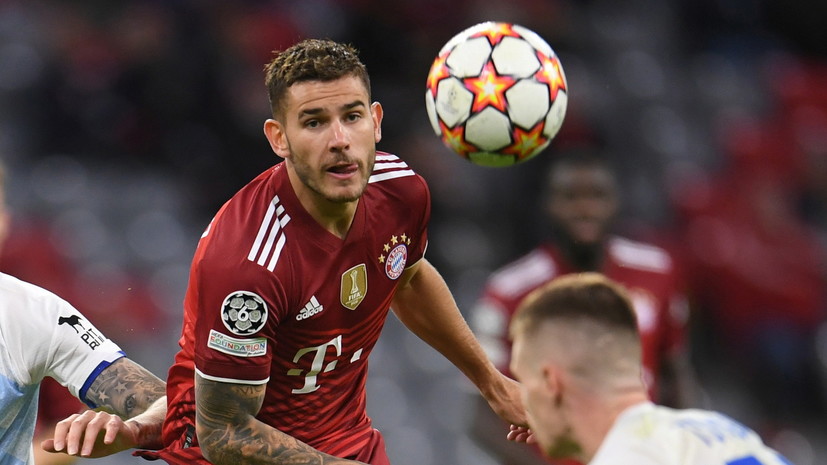 Just a few days after the victory of the French national team in the League of Nations, it became known that one of its players should soon be in prison.

Bayern defender Lucas Hernandez has been sentenced to six months in prison for violating an injunction and is due to appear in Madrid shortly for a hearing.

Alarming for many football fans information was published by the Spanish edition AS.

He had at his disposal a court order in Madrid, which considered Hernandez's appeal against the decision to imprison a football player for six months.

The appeal was dismissed, and now he must appear in person in court on October 19.

This session will consider where the 25-year-old athlete will serve his sentence.

Hernandez's problems with the law began in early 2017, when he played for Atletico Madrid and the French youth team. On February 3, he was detained by the police on suspicion of assaulting his girlfriend Amelia de la Oza. According to Sport.es, the skirmish between the two took place early in the morning when the footballer returned home. When de la Osa got into his car, they fought and injured each other. In addition, the girl scratched the car with her keys.

The prosecutor's office then requested seven months in prison for Hernandez for domestic violence, and for de la Osa a total of six months for violence and damage to property. By that time, the parties had already reconciled, did not demand compensation and asked for excuses for each other. Nevertheless, the Madrid Criminal Court sentenced them to 31 days of community service and forbade them to approach each other within a distance of less than 500 meters.

However, this incident did not affect the relationship of the young people, and they continued to meet.

In June, they flew on vacation to the Bahamas together, and Cotilleo even reported that the couple got married in Las Vegas.

Nevertheless, the injunction against approaching each other continued to operate, and when Hernandez and de la Osa returned to Madrid, the footballer was arrested right at the airport and spent one night in jail.

The friend was able to avoid such a fate, since formally she had not yet been notified of the entry into force of the ban.

According to AS, the player would also have no complaints if he flew with the girl on different flights.

Hernandez was charged with violating an injunction.

The prosecutor's office demanded for him one year in prison and a new ban on approaching his own wife.

The case was considered until December 2019.

During this time, Hernandez managed to make his debut in the French national team and win the World Cup with her, and soon after that he became a father - he and de la Osa had a son, Martin.

True, after a few months, the couple still broke up.

In the summer of 2019, the footballer moved from Atlético to Bayern, which he still represents.

After all these events, the court nevertheless passed its verdict and found Hernandez guilty of violating the ban on approaching de la Hose.

The athlete was sentenced to six months in prison, but the decision did not take effect immediately.

Only now, when it was rejected, the French national team player was ordered to come back to Spain to serve his sentence.

It is ironic that the next court decision became known a few days after the final of the League of Nations with the participation of the national teams of France and Spain.

Didier Deschamps' wards won it with a score of 2: 1.

Hernandez did not enter the field in that match, but played in the semifinals.

Although the decision of the Madrid court explicitly states that the footballer should start serving his sentence next week, so far there is still hope for him to remain at large.

According to AS, Hernandez still has the right to appeal, but for its consideration he will have to arrive in Spain on October 19.

There is a possibility that he will nevertheless avoid imprisonment or will remain in custody for only a few days and will be released.

Already on the 20th, Bayern have scheduled an away Champions League match with Benfica.