Vivianne Miedema made herself known on Thursday with the women of Arsenal in the Champions League. The striker scored and provided an assist in the 4-0 win against Hoffenheim. Lieke Martens made an important contribution to a hard-fought victory for FC Barcelona with an assist, while Van de Donk also scored. 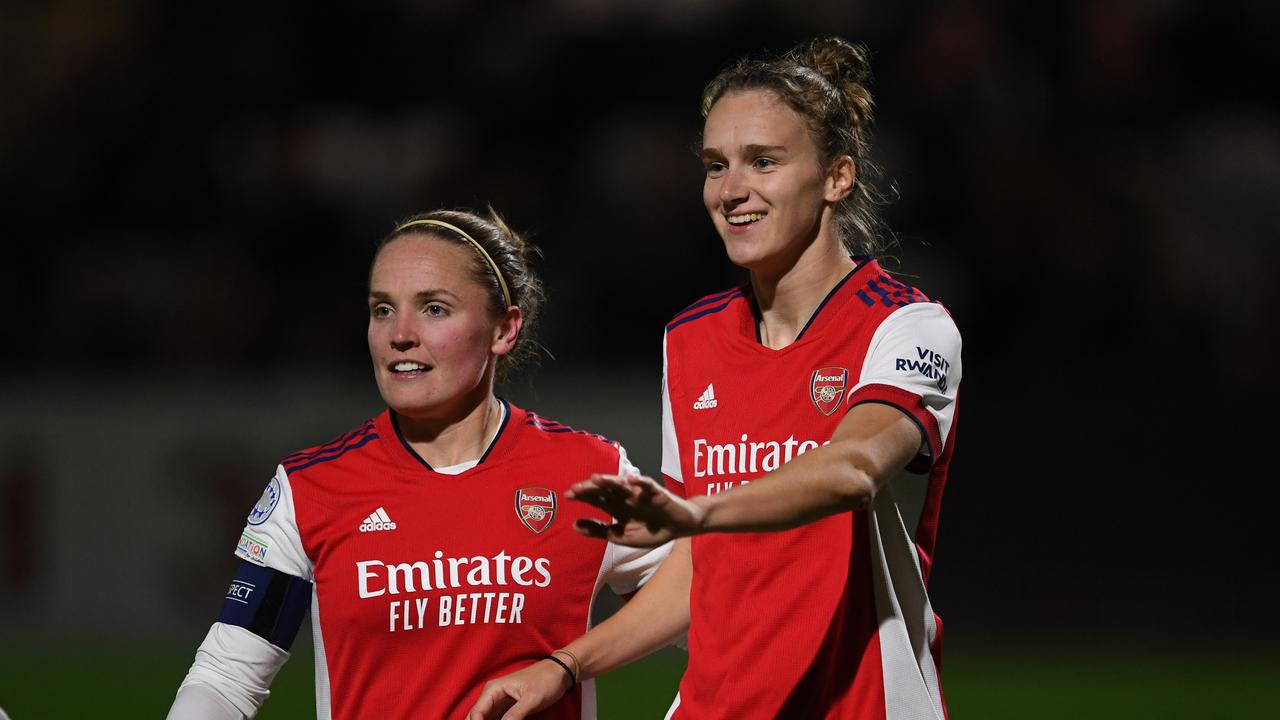 Vivianne Miedema made herself known on Thursday with the women of Arsenal in the Champions League.

The striker scored and provided an assist in the 4-0 win against Hoffenheim.

Lieke Martens made an important contribution to a hard-fought victory for FC Barcelona with an assist, while Van de Donk also scored.

Arsenal had a difficult evening against Hoffenheim, but Miedema's formation was a lot more effective in Meadow Park.

After more than twenty minutes, Kim Little used a penalty for the home team.

Miedema then took the lead role in London.

She gave an assist to Tobin Heath just before half-time with a header, after which she used a rebound from close range in the 52nd minute.

It was her tenth goal of the season for the striker.

In the final phase, Leah Williamson made it 4-0.

In the same group, the stars of FC Barcelona won 'only' 0-2 against the Danish HB Køg.

The defending champion still had a lot of trouble with the Danish national champion before the break, but that changed after the interruption, partly due to Martens.

After more than an hour of play, the left winger gave an watched cross to Fridolina Rolfö, who neatly tapped in at the far post.

In stoppage time Jennifer Hermoso converted another penalty for the 2-0.

FC Barcelona is still clear in the Champions League.

Martens' team opened the most important club tournament in Europe more than a week ago with a resounding 4-1 win over Miedema's Arsenal.

Martens and Miedema, among others, report to the Orange Women after the weekend.

The Netherlands will play an away match against Cyprus next Friday in the qualifying series for the 2023 World Cup in Australia and New Zealand.

With her club Bayern Munich, Beerensteyn was 4-0 too strong for the Swedish BK Häcken, while Van de Donk with Olympique Lyon against Benfica: 5-0.

Bayern got off to a furious start against BK Häcken and already led 2-0 after eleven minutes by two goals from Lea Schüller.

Linda Dallmann and Jovana Damnjanovic made it 4-0 after the break.

Beerensteyn played the entire match as a right winger.

In recent international matches, she was a bench seat for the Orange Women.

Van de Donk continued the good form in the Champions League with Olympique Lyon against Benfica and already led 2-0 at halftime.

Kadeisha Buchanan opened the score, after which Van de Donk tapped in for an empty goal.

After the break, Melvine Malard, Catarina Macario (penalty) and again Buchanan lifted the margin to five.

Like Miedema, Martens and Beerensteyn, Van de made the ninety minutes full.